Eshleman’s Bold Projection: By the End of 2017 No More Unreached People Groups

Paul Eshleman, the founder of the JESUS Film Project and its director for 25 years, has more recently turned his prodigious leadership gifts to finishing the Great Commission. As such, he tours the country with a list of 485 groups that have no known Christian workers in them – but he anticipates they will be reached by the end of 2017!

“I think we are on the verge of seeing the fulfillment of Matthew 24:14 and Habbakuk 1:5,” says Eshleman, currently director of the “Finishing the Task” Movement, which seeks to enlist individuals, churches and mission organizations to take responsibility for any remaining groups that have not been reached with the gospel.

He spoke to a meeting of the Evangelical Missiological Society held at Biola University March 13th.

Even as world conditions deteriorate, Eshleman maintains a healthy optimism that “the hearts of men and women are going to continue to open.”

He recently returned from India where he participated in a baptism for 92 people from 15 people groups that had no church in them a year ago. “Now a year later there are 92 people calling Jesus Lord!” he exclaims.

“There is a movement growing that will not ever be stopped until the Lord comes again.” 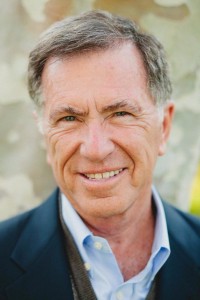 Eshleman has attracted some controversy over the last few years with his list of ethnolinguistic unengaged, unreached people groups.

At the Third Congress on World Evangelization held in Cape Town, South Africa, in 2010 a participant approached him after his presentation and said, “I think that’s the worst talk we’ve had so far.”

“People shook my list (of groups) at me and said, “What do you mean? This is trash.” One participant was incensed because his organization had “people working night and day to reach” a certain group.

Eshleman responded: “That’s why they’re not on the list. This is the list of groups where nobody is working.” Eshleman welcomes updated information to make his list as accurate as possible. He admits the list four years ago had some gaps, but maintains a high degree of confidence in its current form.

In 1974, Dr. Ralph Winter addressed the International Congress on World Evangelization and first brought attention to the unreached people groups throughout the world. “Dr. Winter thought there were about 16,000 groups at that time. At some point the IMB said there were only 12,800 of them. Whatever the final number, about half of them or more are now reached,” he notes.

“Somewhere along the line a group of missiologists said that when there are 2% evangelical believers in a people group it is reached,” Eshleman says.

He defines “unengaged” as an unreached people group that doesn’t yet have 2% believers, but moreover, no one is working in that group — no missionary, no church, and there are no known believers within the group, a situation Eshleman describes as “heartbreaking.”

“Every time this list goes out it communicates that you in the body of Christ are not being obedient to what Jesus told you to do. It shows the lack of obedience of the global church every time the list goes out. But the list of groups is dropping.”

Some have objected to the “unengaged paradigm” saying its adherents try to redefine the Great Commission by simply emphasizing the need to go and engage, rather than evangelize, baptize and make disciples. “They claim those of us in the engaging crowd are reductionists in practice, always attempting to make it easier to complete the Great Commission,” he notes.

“As of 2015 I don’t know any significant people in the network I give leadership to who believe it’s only about evangelism. Everybody is going to make disciples. If you only do evangelism you will burn out, if you’re not preparing others who will take over.”

To “engage” a people group, it must have full-time workers with a long-term commitment who are living among the group and ministering in the group’s language and culture. (In restricted areas, exceptions are made for part-time bi-vocational workers) An engaged group must also be evangelistic, with a heart for church planting.

“We want to make clear it’s not just people going for a week, but people with an ongoing commitment, incarnating the life of Jesus among them.”

Some are concerned that groups who are crossed off the list still need many more workers. “We developed a criteria for initially going into a people group in which we said every unreached, unengaged people group needs at least one full-time worker for every 50,000 people in the group, just to get started.”

One group in northern India, based on their population size, need 960 workers by this criteria, and there are currently only 15 workers there now.

“I’m aware there are many engaged that are under-engaged. We need more workers for the Urdus and many other groups,” he says. “So we keep the group on the list until they get up to the minimum number. We need to encourage people to go where no one else has gone and we need to get more workers for the groups that have been engaged.”

Even though Eshleman adheres to the goal of reaching 2% within a group to engage it, his heart goes beyond that. “I don’t see anything in Scripture about 2%. Most of my friends say, “Let’s go for a church in every village and every neighborhood.”

On his recent trip to India he was introduced to a man named Sanjay who found Jesus two years ago. Sanjay led many others to Christ and those people led others to faith. “Everyone he led to Christ is now planting a church,” he says. “Out of this one guy came 53 churches.”

“We are interested in multiplication, in church movements that take off quickly and take over a whole area. We are still dreaming of zero unengaged unreached groups, zero villages without a church, zero language groups that don’t have Scripture, zero oral learners that don’t have the Gospel in story form.”

In 2005 Eshleman first began to invite pastors to group meetings and challenge them with the list of groups that no one had taken responsibility for. Since that time, statistics for the global church reveal there have been 1585 groups engaged, receiving their first workers and first churches.

“Since then, 17,543 full time workers have been sent to these groups. About 81% are nationals from the country, indigenous workers. Some 295 organizations have sent all these workers. They planted 76,292 churches and report 1,579,000 new believers,” he reports.

“I look forward to the day, and we all have our own personal ideas, but I hope by the end of 2017 there are no unengaged people groups left because we need to go further. There is so much left to do. We can’t just be doing this, we have to get the church in every location.”