The film tells the story of thousands of lifelong believers around the world who’re trading Easter ham for Passover lamb and Sunday church for Saturday Sabbath-all in an effort to live like Jesus. They’re holding every church tradition up against scripture and cutting away what doesn’t conform. In the process, they encounter resistance from a religious system two millennia in the making, and for the first time, learn what it’s like to be, as 1 Peter 2:9 states, “peculiar people.” 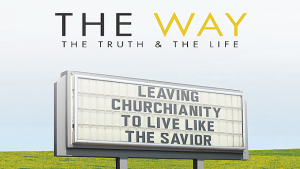 The film raised more than 330% of its funding goal in a successful Kickstarter campaign. According to the husband and wife director/producer team, most of the campaign’s supporters are ex-church goers who find themselves in a grey area referred to by Lorena O’Neil in USA Today as, “not quite Christians, not quite Jews.”

Abaffy says finding community is one of the hardest things for people leaving their churches and coming into this grassroots movement. “People who thought they were alone-from Arkansas to Australia-are connecting because of the film,” he says. “Our online community grew from zero to more than 11,000 in less than a year, but there are hundreds of thousands of believers who live this way.”

Abaffy’s mother inspired the documentary. “She called me and said she’s not going to celebrate Christmas anymore. I ignored that at first, but when I learned Christmas was illegal in America for decades, I wondered why that history wasn’t discussed. Things snowballed from there.” 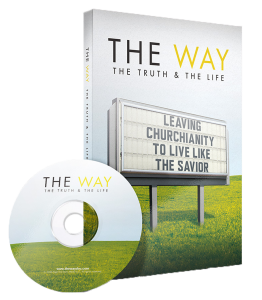 When Abaffy found that pastors, Bible study leaders and worship leaders were leaving their jobs and churches after seeing discrepancies between mainstream Christian doctrine and the life of Jesus, he decided to tell their story.

“I hope the film will help start a conversation in the Christian world that doesn’t exist-one that takes a deep look at modern-day church traditions and the history of how those things evolved. Did they stem from the Bible, or from men?” asks Abaffy. “We’re honored to be nominated for ICFF awards and hope this can be the start of that conversation,” he adds.
Watch a movie trailer at www.thewaydoc.com/trailer