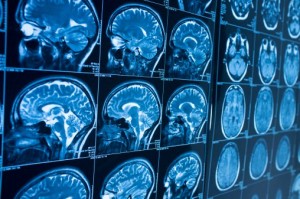 (Naturalhealth365) For the past two decades, researchers have focused on amyloid plaque – deposits typically found in the brains of patients with Alzheimer’s disease – as both an indicator and a cause of the disease. But, the real problem has become abundantly clear!

In reality, despite years of research (and massive financial backing by Big Pharma), scientists are no closer to a successful method of treatment.

Thomas J. Lewis, PhD – a researcher, author and leading expert on diseases of aging – says he knows the reason for the epic lack of progress on Alzheimer’s disease, which currently affects 5.7 million Americans. “The biggest myth,” says Dr. Lewis, “is that Alzheimer’s disease is caused by amyloid plaque.”

These medications are intended to target amyloid plaques, inhibiting their ability to form the neurofibrillary “tau” tangles that contribute to cognitive impairment and memory loss.

But, by all accounts, these drugs don’t work. (And, they also seem to be unsuccessful at treating milder forms of neurodegeneration such as age-related cognitive decline, memory loss and cognitive impairment).

In fact, the performance of these drugs has been so abysmal that Dr. Lewis maintains that the companies are attempting to counterbalance the disastrous results by seeking “healthy” volunteers on which to conduct trials!

Significantly, no funding seems to be available for researchers who don’t subscribe to the amyloid theory. Dr. Lewis notes that the National Institutes of Health has invested over $100 million into Alzheimer’s research focusing on amyloid – and he claims that research opposing the conventional medical belief has been “shot down.”

Autopsies have shown that many patients who die without having experienced any cognitive impairment have amyloid plaques – while others who died with Alzheimer’s disease have no plaques at all.

At the root of Alzheimer’s disease is inflammation, says Dr. Lewis, with patients often suffering from other inflammatory conditions such as heart disease, metabolic syndrome and diabetes.

Factors that cause inflammation include toxins, stress, poor nutrition, lack of sleep and viral and bacterial infections. There is evidence that improving health, and decreasing treating inflammatory conditions, can delay the development of Alzheimer’s disease.

In a landmark study published in the New England Journal of Medicine, researchers found that improvements in indicators of heart health – such as lowered blood pressure – were associated with a lower incidence of dementia. “Earlier diagnosis and better treatment of heart disease and stroke lowers risk of dementia,” the team concluded.

While many studies have examined amyloid plaques’ reputed influence on Alzheimer’s disease, researchers at the University of Buffalo recently decided to focus on processes that happen before the formation of plaques.

In a study published last month in Human Molecular Genetics, the team examined the effects of presenilin, another protein implicated in Alzheimer’s disease.

Presenilin regulates axonal transport – the carrying of life-sustaining materials from one part of a neuron (brain nerve cell) to another. Researchers have found that genetic mutations that inhibit presenilin’s ability to function are linked to Alzheimer’s disease – and that blockages in axonal transport, which occur before the formation of plaques, may play a key role in the development of the disease.

The scientists stated that studying the role of presenilin can result in “new, more targeted opportunities for treating or preventing Alzheimer’s disease.”

Fortunately, some forward-thinking researchers are beginning to focus on alternative therapeutics to target Alzheimer’s disease.

Apigenin – a flavonoid found in chamomile, parsley and celery – and curcumin, the active ingredient in turmeric, are both garnering attention as potential treatments. In a review published in Neural Regeneration Research, scientists lauded the anti-inflammatory action of curcumin and apigenin – and credited the two compounds with having the potential to slow the progression of Alzheimer’s disease.

Other natural nutrients being studied for anti-Alzheimer’s effects include coconut oil – rich in neuroprotective caprylic acid – and wild blueberries, which contain anthocyanins that can help restore cognitive function by promoting the sensitivity of receptors in the brain.

Research has shown that consuming a Mediterranean diet – with plenty of antioxidant-rich organic fruits and vegetables and healthy fatty acids from olive oil, nuts and wild-caught cold-water fish – can help protect against heart disease and dementia.

Of course, it is also important to avoid toxins that can contribute to neurodegeneration. For example, studies have shown that people with higher levels of organochloride pesticides in their blood are at higher risk of Alzheimer’s disease.

And, getting enough vitamin D is key. Being severely deficient in “the sunshine vitamin” makes developing Alzheimer’s disease roughly 125 times more likely – according to research conducted by the University of Exeter Medical School.

Experts predict a worldwide “exploding burden” of dementia and Alzheimer’s disease over the next four decades, owing to an increasing number of older persons at risk. As the failure of the “amyloid theory” becomes ever more apparent, it is crucial to identify and explore non-toxic and effective natural therapies that can help combat this cruel disease.