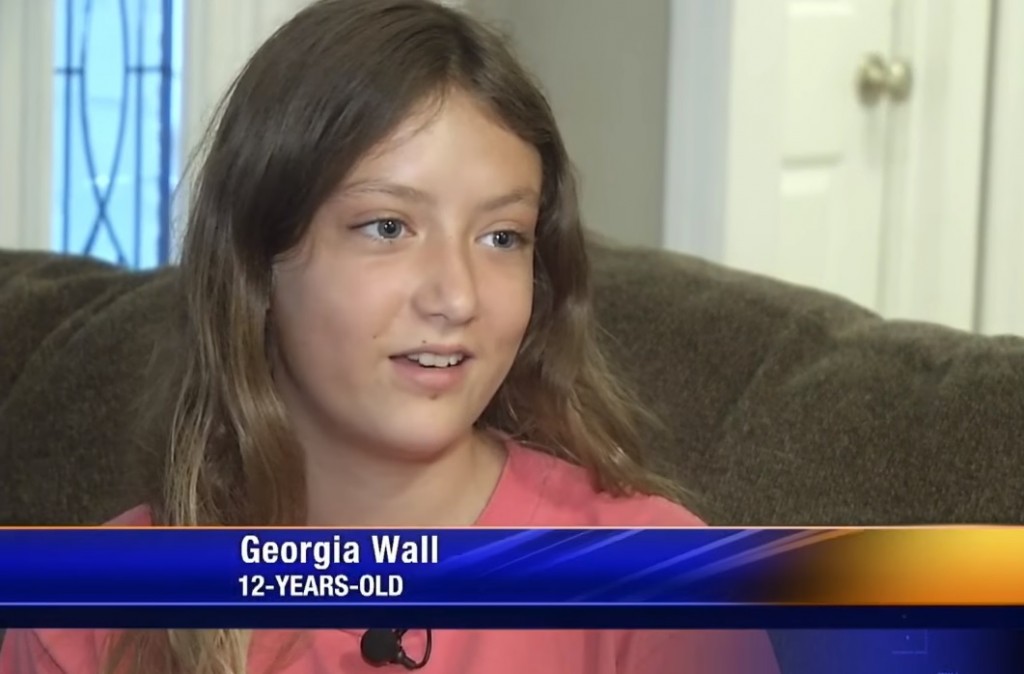 AIKEN, S.C. (WJBF) –  An Aiken family says they found out the hard way that trying to prevent one illness caused several more. NewsChannel 6 spoke exclusively with the Wall family about how their daughter went from cancer prevention to sickness.

“I used to scare my mom because I sank to the bottom and just stared at her, ” said 12-year-old Georgia, who could swim before she could walk.

“I’d kick myself back up and take a breath and went back down,” she proudly exclaimed.

Now that she can walk. Her parents say getting up to do so is a challenge.

“Postural Orthostatic Tachycardia Syndrome. Basically, when she’s sitting down her heart rate is one thing and she doesn’t have enough blood volume or blood pressure to push the blood back up to the brain like it’s supposed to go,” she said.

POTS is a cardiovascular disorder that is a cluster of symptoms, a syndrome.  Wall said her very active child never showed signs of before being vaccinated.

“I believe with all my heart that the Gardasil vaccination did this to her,” mom stated.

“Georgia didn’t just lose color, she looked green. I watched my baby go boom and hit the ground,” said Wall, who added she even hit the ground to in shock.

Doctors told them fainting was normal after receiving the vaccine.  We even found that it is listed as a symptom on the Centers for Disease Control and Prevention’s website, along with dizziness and many other symptoms Georgia has. But her mother said this vaccine robbed her daughter’s life, even at church.

“In front of 200 kids, the band is on stage, the kids are in front of the stage, she has a seizure,” she recalled along with the horror she felt.

Georgia’s mom even recorded a few cell phone videos of the bad days. “Where does it feel frustrated at?” She asked.  “I don’t know!” Georgia responded.

Georgia takes medications to control the symptoms.  Florinef is one of them and she said it makes her hallucinate.“I feel nauseous and weak,” she explained after one dose during a cell phone taped moment.

Carolyn has pages of physician notes that point to Georgia’s POTS and the “frequent flares of fatigue” as one document describes. And there’s this one study published in a scholarly journal called Vaccine linking the HPV vaccine to POTS.

“Sylvia, my daughter who is 20 now, is also her [Georgia’s] cousin. When she was 12 I took her to get the Gardasil vaccination and immediately as soon as she received the vaccination she had a seizure,” Vickie Daman said.

Hearing stories from a community of HPV vaccination mothers near and far keeps the Walls fighting. But then there’s faith.

“Hold her and pray and thank the good Lord she did wake up.  But some mothers don’t have that privilege. Some of these little girls don’t wake up,” she cried.

Georgia is seeing a holistic doctor and they said she’s feeling a little better.  But it’s the prayers they are depending on the most.

The Wall family is also depending on donations from the community as well as the decline of Georgia’s health forced Carolyn out of work temporarily and caused Georgia’s father to switch jobs.  The family also had to change health care providers, which caused them to pay a deductible all over again.  A Go Fund Me account has been set up to assist them with their financial needs.