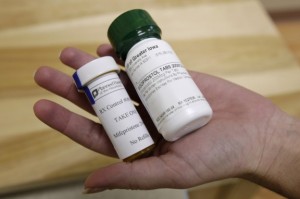 (WNS)–The Food and Drug Administration (FDA) has loosened its guidelines for the administration of the abortifacient RU-486, a move pro-life advocates say puts abortionists’ profit margins ahead of women’s health and safety.

The agency notified RU-486 manufacturer Danco Laboratories about the guideline change in a letter sent March 29. It claims the new rules will allow effective and safe termination of pregnancies.

Under the previous guidelines, established in 2000, an abortionist could only administer RU-486, also known as mifepristone, within 49 days from a woman’s last menstrual cycle. And the second drug, misoprostol, had to be administered at the abortion facility. But abortionists routinely used their own guidelines for prescribing the drug—essentially developing the same protocol now approved by the FDA.

Under the new guidelines, abortionists can administer a smaller dose of RU-486 up to 70 days after a woman’s last menstrual cycle. And the second drug, which causes the woman to expel the aborted baby, can be taken at home.

As RU-486 became more popular with abortionists, several states passed legislation mandating adherence to the original FDA protocol, as a safeguard to women’s health. Ohio, North Dakota, and Texas have such laws on the books, while courts blocked similar laws in Arkansas and Oklahoma. A county judge in Arizona ruled the regulation unconstitutional there.

Abortion advocates never liked the FDA rules, and some pro-life advocates expected the government agency would change the guidelines in response to the criticism.

“Many suspected that today’s announcement by the FDA was a long time coming,” said Randall O’Bannon, director of education and research at National Right to Life (NRLC).

“The FDA has bowed to pressure from drug companies and abortion advocates,” said Grazie Pozo Christie, advisory board member with The Catholic Association. “The ones who will feel the deplorable effects of this change will be the women sent home to endure a painful and shocking process by themselves, and of course their babies.”

And though abortion advocates tout chemical abortions as “safe,” at least 14 women have died after taking the drugs, with thousands of others suffering negative side effects, O’Bannon said.

“It is obvious that the FDA’s new protocol serves only the interests of the abortion industry by expanding their base of potential customers, increasing their profit margin, and reducing the level of staff and amount of resources they have to devote to the patient,” he said.

The FDA’s decision likely won’t impact abortion rates, said Eric Scheidler, executive director of Pro-Life Action League. But it will increase profits for abortion providers who charge as much for a chemical abortion as a surgical procedure, despite the drugs’ lower cost. And chemical abortions often fail, forcing women to undergo surgical abortion as well.

“With this deplorable decision, the FDA has abdicated its responsibility to safeguard women’s health and defend human life,” Scheidler said.