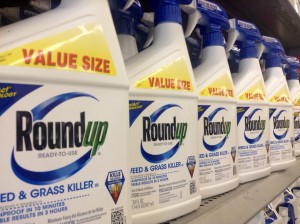 (NaturalHealth365) In an alarming revelation, it has come to light that government scientists at U.S. Food and Drug Administration (FDA) have found the weed killer ingredient glyphosate in many popular processed foods. This information was in emails that were obtained through a freedom of information request. (what they did with that ‘intelligence’ is SHOCKING!)

Glyphosate is perhaps best known as the main ingredient in the Roundup weed killer brand from the Monsanto company. And, the FDA has been testing foods for the presence of herbicides and pesticides including, this highly toxic substance glyphosate for two years – but had not released results. (Gee, I wonder why)

The leaked information shows that the organization has had trouble finding foods that do NOT contain traces of this harmful chemical. Corn meal, crackers, cereals and many other processed foods all show traces of glyphosate.

The internal FDA email is dated January 2017 and is a portion of many communications within the organization to determine just how much glyphosate is in our nation’s food supply. It is the first time the FDA has attempted to ascertain the levels and potential risks of glyphosate contamination.

As you may know, glyphosate has been used for the past 40 years. Yet, the FDA just recently begun testing for it. (not a comforting thought – if you think about their slow reaction time)

Demand for testing intensified in 2015 following the International Agency for Research on Cancer (IARC) classification of glyphosate as a ‘probable human carcinogen.’