Fiancé of Charles Manson Raised in a Christian Home 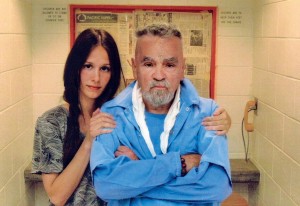 Many were shocked to learn recently that infamous mass murderer Charles Manson was issued a license to marry a 26-year-old woman who visits him in prison.

During the murders, the killers left words like “pig” and “death to pigs” scrawled in blood on the walls, a door and a refrigerator. Prosecutor Vincent Bugliosi charged that Manson was attempting to incite a race war between whites and blacks based on Manson’s twisted interpretation of the Beatles’ song Helter Skelter.

The Kings County marriage license, viewed November 17th by The Associated Press, was issued Nov. 7 for the 80-year-old Manson and Afton Elaine Burton, who left her Midwestern home nine years ago and moved to a location near Corcoran State Prison, where Manson serves a life sentence.

Sadly, Burton – who Manson calls “Star” – was raised in a Christian home by godly parents who have attended a Baptist Church.

The prospective bride grew up on the Mississippi River near St. Louis. In her childhood she was a big fan of I Love Lucy, according to a Rolling Stones interview with her and Manson in 2013.

She told Rolling Stone her parents who were extremely religious and disliked all her friends. “They thought I was turning into a hippie,” she told the magazine. “I was smoking marijuana, eating mushrooms, not wanting to go to church every Sunday, not wanting to marry a preacher. They are Christian Baptist and wanted me to be a preacher’s wife.”

Like many Christian parents with a rebel on their hands, they struggled to find the right disciplinary approach. To keep her away from harmful influences, they often locked her in her room, where she says she spent most of her high school years.

When Burton was 16, a friend told her about Charlie Manson and his environmentalist views. Manson’s green philosophy, “ATWA,” or air, trees, water and animals attracted her along with this quote by Manson: “Air is God, because without air, we do not exist.”

Burton began writing to the convicted killer in prison and as their correspondence took off, she developed a plan to move closer to him. At age 19 – against her parents’ wishes – she saved enough to leave home with a backpack and boarded a train for California.

“It’s strange the women that become groupies of killers,” says Jozy Pollock, who was invited to Sharon Tate’s house on the night of the murders, but did not go due to a migraine headache. After the murders, Pollock became a Christian and spent many years involved in prison ministry.

Pollock believes Burton may be in denial, delusional or even demonized. “The girls that fall in love with the killers are in denial and think they are innocent,” she observes. “The father of lies is the devil and he will put those lies in your mind if you’re vulnerable.” 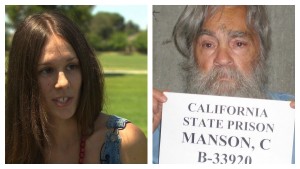 Some have noted that Burton strongly resembles Susan Atkins, one of Manson’s followers convicted of the grisly murders. Pollock once ministered in the same prison where Atkins was incarcerated and ran into her following a chapel service.

“I realized this woman could have killed me if I had been there,” Pollock recounts. She felt anger rise up in her when she recognized Atkins. After this she believes God spoke to her heart and said, You teach others they need to forgive…Where is your forgiveness?

Manson has been denied parole 16 times and is not eligible again for 12 years. Burton told the AP she supposes Manson is innocent and hopes to be able to prove it once she officially becomes Mrs. Manson.

Their marriage license does not list a specific wedding date but provides the couple 90 days to marry or they will need to reapply. Burton told the AP that she and Manson will be married next month. In the Rolling Stone interview last year, Manson scoffed at the idea that he and Burton would wed, but apparently he had a change of heart.

Burton runs several websites (mansondirect.com, atwaearth.com, a Facebook page, a Tumblr page) that claim Manson’s innocence and she visits him every Saturday and Sunday, as long as five hours a day.

Visiting-room rules allow Manson and Burton a kiss at the beginning and end of each visit. California law currently denies conjugal visits to those sentenced to life in prison.

“I don’t think you understand the gravity of the situation, man. How can you interview Jesus when He’s dying on the cross?” Manson asked the Rolling Stone interviewer. “Don’t ask why they crucified Christ, ask why are they crucifying Christ.”

When the interviewer scoffed at Manson’s linkage between himself and Jesus, Manson said, “When you come face to face with me, you’re only you. I don’t give a f*** what you are. I’ll take you. Put you in the grave. What’re you going to do about that, jitterbug? Who’s protecting you, sweetheart?”

During the gruesome murders on August 9th, 1969, Sharon Tate pleaded for the life of her unborn baby, and even offered herself as a hostage in order to save her child.

But her killers showed the two of them no mercy. Susan Atkins and Charles “Tex” Watson stabbed the beautiful young actress 16 times. Watson later wrote that Tate cried, “Mother … mother …” as she was being killed.

Watson became a Christian in 1975 while serving a life sentence in prison. Susan Atkins died of natural causes on September 24, 2009 at the Central California Women’s facility. Her husband, James Whitehouse, said her last whispered word was ‘Amen’.