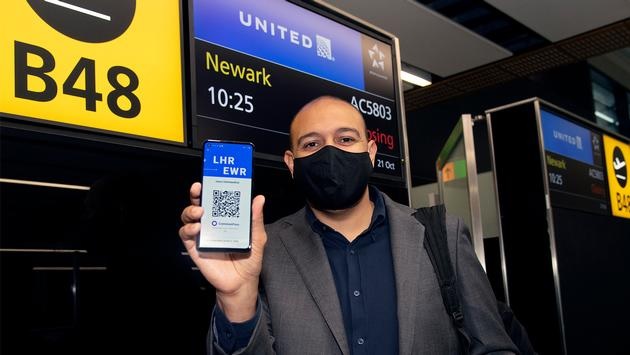 Back in April, when the coronavirus was still new and scary, with cities from New York, to London to Paris in its grip, the professional commentariat was abuzz with speculation about what our not-too-distant post-COVID-19 future might look like. At one point, the mayor of the French city of Nice and Bill Gates were among the most prominent voices discussing health passports, and the WHO was apparently treating the topic with extreme caution.

Since then, discussion has faded somewhat, due in part to the relentless messaging from President Trump and others about the coming vaccines. But as the leading western vaccine projects prepare to apply for emergency use from the FDA as soon as November or December, the World Economic Forum, the same supranational organization that organizes the annual forum in Davos, is taking the lead in testing a global standard to communicate that an individual hasn’t been infected with COVID-19.

The project to develop an international standard to communicate whether travelers have been infected with COVID-19 called the CommonPass system is being led by Paul Meyer, the CEO of the Commons Project, a Swiss non-profit financed by the Rockefeller Foundation.  Meyer insists countries are looking for better ways to “thoughtfully reopen” their borders as European countries start cutting down intra-EU travel once again.

Right now, travelers’ COVID-19 test results are frequently printed out, with the results often obtained from unknown or uncertified labs. With CommonPass, travelers would take a test at a certified lab, then the results would be uploaded to their phone. Then they would complete any other health-related questionnaires required by the country to which they’re traveling. Before boarding, airlines can use CP to check whether travelers have met the entry requirements. This can be done by simply scanning a QR code generated by the app.

Even after the COVID-19 pandemic ends, these ‘health passports’ could be used to offer evidence that a traveler has been vaccinated – not just for COVID-19, but for any other diseases. And even once vaccines are widely available, the world will need a system for patients to prove that they have received the vaccine. Some countries might only allow travelers to enter if they have received a specific vaccine.

“It’s hard to do that,” he told the Guardian. “It requires being able to assess the health of incoming travelers…Hopefully, we’ll soon start to see some vaccines come on to the market, but there is not going to be just one vaccine.”

“Some countries are going to probably say, ‘OK, I want to see documentation you’ve gotten one of these vaccines, but not one of those vaccines.'”

The first iteration of these new “health passports” will be put to the test in early November when a small group of passengers flying from London’s Heathrow Airport to Newark on a United Airlines flight will be part of the first wave of test subjects. Tests from a private testing company called Prenetics will be administered by the travel and medical services firm Collinson, and the results will be uploaded to the travelers’ Swissports.

As of Oct 20th, most arrivals to the UK need to quarantine for at least two weeks, with only around 45 countries on the country’s quarantine-free “travel corridor” list.

Still, many are worried that this technology could be used in the future to try and coerce all travelers to get vaccinations while also creating another way for governments to monitor peoples’ movements. Though in a paper published by the Lancet, a group of researchers discussed how these concerns could be mitigated.