Ford Cancels Factory Move to Mexico, Apple to Make iPhones in USA Thanks to Trump

Bill Ford, the Chairman of Ford Motors, called Donald Trump tonight and said he will be keeping the Lincoln plant in Kentucky, instead of moving it to Mexico as it was planned in case Hillary Clinton would have won. 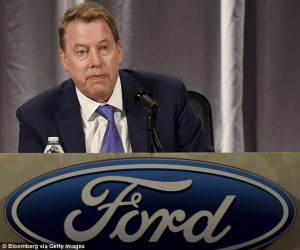 Kentucky Governor Matt Bevin thanked President Trump for helping his state: 2 days ago, Donald Trump told me he was working w/ Ford to keep smaller vehicle production in KY & in USA..Tonight they delivered..TY!

In February Donald Trump told a crowd in Wilmington, Tennessee that he will bring iPhone production back to the United States. Donald Trump: We’re going to have Apple start to make their iPhones and computers and everything else they make in this country not in China.

“Apple asked both Foxconn and Pegatron, the two iPhone assemblers, in June to look into making iPhones in the U.S.,” a source said. “Foxconn complied, while Pegatron declined to formulate such a plan due to cost concerns.”

Foxconn, based in the gritty, industrial Tucheng district in suburban Taipei, and its smaller Taiwanese rival churn out more than 200 million iPhones annually from their massive Chinese campuses.

Another source said that while Foxconn had been working on the request from Apple Inc., its biggest customer that accounts for more than 50% of its sales, Chairman Terry Gou had been less enthusiastic due to an inevitable rise in production costs. “Making iPhones in the U.S. means the cost will more than double,” the source said.

The person added that one view among the Apple supply chain in Taiwan is that U.S. President-elect Donald Trump may push the Cupertino, California-based tech titan to make a certain number of iPhone components at home.