Former ISIS leader turns from death to life in Christ

Hemel Hempstead, UK — When Muhammad* first met Leading The Way’s follow-up team coordinator Peter*, his plan was to execute him. But thanks to God’s miraculous intervention they have instead become brothers in Christ.

Peter said: “Muhammad heard that I evangelize to Muslims. He got my number and called saying that he wanted to meet and talk. When we met, he told me he wanted to believe in Christ. But I felt that something was wrong. At the prompting of the Holy Spirit, I began to speak to him very directly about the God of the Bible. He began to tremble severely. I put my hand on his shoulder and started to pray. Then we parted ways.” 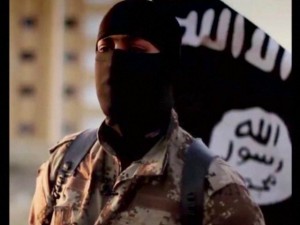 Soon after, Muhammad had a powerful dream about the blood of Jesus and went to see Peter to understand more about Christ.

“I explained the Gospel to him about the blood Jesus shed on the cross for the atonement of sins. That very day, he told me that he wanted to become a Christian. Since then I have discipled him, and recently he was baptized.”

Shortly after Muhammad became a Christian, he confessed that he had intended to kill Peter.

“He was a Prince of ISIS, someone other ISIS members swear allegiance to and will die for,” Peter said. “He was planning to execute me. Now, this former Prince of ISIS treats me as one of his brothers.”

Leading The Way is a global ministry proclaiming the Gospel over the airwaves and following up with evangelism and discipleship on the ground. Through these broadcasts and on-the-ground follow-up teams, many Muslims are coming to Christ.

Muhammad said of his conversion: “I was urging people toward jihad. But when I interacted with Leading The Way’s follow-up team and heard the Gospel, I experienced a love that doesn’t exist within Islam. This love compelled me to become a Christian and be baptized. Today, I live to be a servant of the Lord Jesus and make Him known to all people.”

Muhammad is now leading a Bible study for three Syrians in his town. Leading The Way’s Founder and President Dr. Michael Youssef says that this is just one of many stories the ministry has heard from radical Muslims who have come to Christ.

“What we are seeing God do is remarkable,” Dr. Youssef said. “Muslims who claim to have seen a vision or a dream of Jesus tune in to our teaching channel or reach out to our follow-up team. And there they hear about the very one whom they saw in a dream telling them that He loves them and died for them. We are witnessing a powerful movement of God. The Lord is moving in unprecedented ways, and Muslims are coming to know Jesus in numbers previously considered impossible.”

To learn more about Leading The Way’s work in the Muslim world, visit www.ltw.org  *Names changed for their protection.