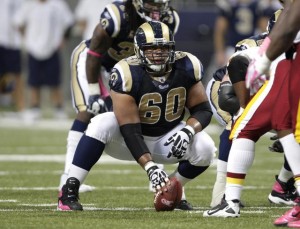 (NaturalNews) When a well-paid NFL football lineman quits the game to raise food for the needy, that’s an unusually interesting story. After St. Louis Rams center Jason Brown decided to leave the game for good, his agent told him that he was making the biggest mistake of his life. Jason adamantly replied, “No I’m not. No I’m not.

Jason Brown had decided that he wanted to do something more worthwhile and worthy of the covenant that he and his wife, both devout Christians involved with the Wisdom for Life Ministry, had made with God.

Jason says the message he had received to walk away from the NFL included moving back to his home state of North Carolina and starting a farm, even though he knew nothing about farming. And his “covenant with God” was to use the farm for raising food for the needy.

Jason didn’t exactly leave all the money behind. He had signed a five-year 37.5 million-dollar deal with the Rams in 2009. The Rams cut him after three years, but the deal had a 20 million-dollar guarantee that would be paid regardless of how long he played or didn’t play.

What Jason had decided, against his agent’s wishes, was to not shop around for another NFL team. These types of things do occur, allowing players to become free agents and be picked up by other teams. Reportedly, Jason’s cut was one of a few that the Rams had decided on to meet the NFL player salary cap to acquire fresher talent.

Jason’s former team, the Baltimore Ravens, had expressed an interest in resigning him after the Rams released him from his contract. So Jason’s NFL career wasn’t really over unless he decided it was. But he decided that it was over and time to honor his “covenant with God.”

Jason hadn’t grown up on a farm. He used YouTube to get a grasp on some of the basics of farming. And after spotting a good deal on an old, abandoned farm just outside Louisburg, North Carolina, he snapped it up and went about the unexpected hard work to restore it.

Technically, it’s not a small farm. But Jason is going about his new mission piecemeal, small plot by small plot. The old farm he took over that needed considerable rehab is on slightly more than 1,000 acres. 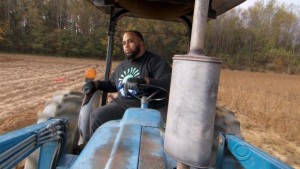 He feels blessed to have attracted farming advice from some neighboring farmers to expand his YouTube education, especially “David and Allen Rose of Nashville, NC for donating the sweet potato slips and Len Wester for lending his farming expertise in the cultivation and planting process.”

He called the farm First Fruits, because the first fruits of each harvest were to be donated to groups that distributed food to the needy. After laboring all of 2013 to get the place in shape, Jason’s farm produced their first major harvest in 2014 on a couple of smaller subplots within the 1,000 acres.

Jason was very impressed with the budding sweet potatoes on five acres. “When you see them pop up out of the ground, man, it’s the most beautiful thing you could ever see,” he said. He also said he has never felt more successful, CBS News reported. “Not in man’s standards, but in God’s eyes. … [W]hen I think about a life of greatness, I think about a life of service.”

We were also blessed with gleaning and harvest opportunities in a collaborative effort with the Society of St. Andrews, the [Inter-Faith] Food shuttle, and the Food Bank of Eastern North Carolina where more than 10,000 pounds of cucumbers and 100,000 pounds of sweet potatoes were donated for local hunger relief efforts.

Those groups volunteered to help harvest the cucumbers and sweet potatoes in exchange for getting them without payment, which charitable groups like this normally pay for at a discount. And Jason has big plans for the future of First Fruits.