The Rhode Island Department of Corrections issues a Correctional Officer Applicant Success Guide to individuals hoping for a new career. In depth, the guide describes the daily duties of a correctional officer working in and among prison inmates. Those eager to join the ranks of over 1,400 active corrections officers in the state are encouraged to hone their skills. Among a myriad of other tasks, they must be able to:

The guidebook touches on every area of prison life and functions as a practical, immovable law for the thousands of adults and juvenile inmates living in Rhode Island. The Ocean State claims the third lowest citizen incarceration rate in the country, yet the lives of nearly 24,000 Rhode Island residents unfold within the strict confines of the probation, parole, and incarceration system. The institutions rightly administering consequences of felonies justly punish the thief. Often, though, they also rob his soul of the beauty and color of life.

The emotional, spiritual, and relational brokenness of these individuals festers behind bars—bars which often symbolize the presence of deeper and more brutally painful bondage. And pain, as C.S Lewis aptly observed “insists upon being attended to”.

Meeting this pain with both hands outstretched, Minister Monique LeMaire ventures down marked hallways, reaches behind the bars, and draws inmates toward Jesus. 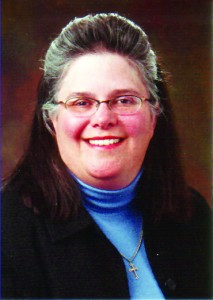 Monique’s culturally rich French and French Canadian family filled her childhood with delicious foods and large bites of bitter unbelief. Raised in the Catholic Church, Monique’s understanding of God and His personality centered on weekly mass and the words of her parents. Yet, when Monique reached young adulthood, she received a new identity—Christ-follower.

While attending a singles’ Bible study at the Boston Opera House, surrounded by 1,000 young people, Monique’s relationship with Jesus began as the pastor read from Psalm 63. That night, the fingers of that Psalm reached straight into her searching soul, “O God, you are my God; earnestly I seek you; my soul thirsts for you; my flesh faints for you, as in a dry and weary land where there is no water” (Ps. 63:1).

A divine, rescuing hand enveloped Monique’s heart as she sat in that crowded sanctuary. It lifted away confusion and uncertainty, replacing them with insuppressible joy. “That night,” remembers Monique. I could only cry profusely because I was so happy.”  Two nights later, Monique was baptized. Her journey as a follower of God had begun. A lonely young woman in a crowded Opera House had encountered her best Friend. He would radically transform her, breaking her chains and drawing her into freedom.

She had been given a gift, but she still needed to discover how to share it.

Years passed, filled with growth and change. While at her home in Newport, Rhode Island, Monique’s soul was filled with one plea. She whispered nightly at the foot of her bed. “God I need help from You. I need to hear You.” One day, while soaking up the sun on a windy beach, a Kathy Troccoli song interrupted Monique’s quiet pleadings.

I will choose Christ

I will choose love

I choose to serve

I give my heart.

“That’s it,” Monique thought. “I need to serve the Lord. I just know that.” Her realization seemed so simple, yet it revolutionized her life.

“You know when God calls you. You just know,” says Monique.

Monique understood clearly her blessed responsibility to choose to love and to choose to serve those around her. Servanthood, she knew, would transmit God’s love practically to the waiting world.

“Servanthood” says Monique, “involves having a ready and willing heart to see needs and meet them to the best of one’s ability and spiritual gifts.” Not only has God given Monique a willing heart, but He has also given her eyes which see the needs of prison inmates in two Massachusetts correctional facilities.

Ministering – one foot in front of the other

While reading the ads in the back of the Good News Today, Monique LeMaire spotted an advertisement for biblical counseling. She dialed the number and spoke to the woman on the other end of the line. Soon, Monique began to participate in Alison Vigna’s ministry to inmates at Dartmouth House of Corrections.  Later, Monique ventured further into the relationships she’d formed and began spreading the Gospel on her own to inmates in another unit of the prison. The Massachusetts Treatment Center, a part of the Bridgewater HOC, soon became part of her weekly ministry.

Her ventures out of her comfort zone were not without challenges. “I volunteer in the Massachusetts prisons.” The Rhode Island correctional systems, Monique says, “are very hard to get into as a conservative, evangelical Bible-preaching minister.” In spite of this, she takes the challenges in stride, facing them with a mantra her mother taught her as a little girl. “You just keep putting one foot in front of the other.”

They call her “Sister Monique”

Her compassion touches vastly different needs, but her approach always centers upon eternity. “The inmates focus must constantly be directed toward their relationship with God.”

For those living in the Dartmouth and Bridgewater correctional facilities and for the 2.5 million inmates in the United States, life within prison is emotionally and spiritually dry. They live in a meticulously controlled environment where their unique personalities disappear into their identification numbers, cell blocks, and clearly divided prison units.

“Monotonous, boring, lack of respect for the inmate, and unfortunately the inmates for each other, are some words that come to my mind as I think of prison life.” 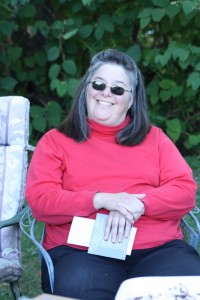 Monique is establishing a counter-culture, treating the inmates as precious members of society, filled with inestimable worth. “God says plainly that we are all made in His Image,” she urges. These individuals have broken the law, yet Monique humbly notes that the inescapable reality of the secret sins in our own hearts can prompt us to greater compassion for those not so different than us. “Are you without sin? We all sin — even as Christians! Repentance is a daily decision.”

Monique LeMaire , with her servant’s heart and dedicated life, steps out of her own little, white-walled living room, now living in Portsmouth, and into the hallways of Massachusetts’ largest correctional facilities. And while not all prisoners are ready for freedom of the soul, Monique lovingly remains true to her Gospel message.

“I am a Christian, I am a minister, and I’m praying for you and love you.” is the simple message she offers to all.

In 2004, Monique founded Pure Ministries; an organization dedicated to helping people to practically cultivate pure hearts in Jesus. The ministry operates in five different capacities. Pure Ministries founded the First Christian Church of Aquidneck and manages The Rhode Island Christian Institute, a ministry which offers Biblical Counseling and Christian Education. The organization also spearheads Mission: American Prisons and the Ocean State Bible Society and Jubilee Piano Academy. Monique manages the five pillars of Pure Ministries with her brother, Paul J. LeMaire and a friend, Afanwi Congdon by her side. They pray that their faithful acts of love would inspire others to join them in the fray.

In all her busyness and work, Monique continues to point the ones she serves toward Christ, always desiring to be a servant. Monique lives a life true to her description of servanthood that she offers to others. It is “…changing the world around you — one person at a time– by utilizing God’s Spirit within you to proclaim the Truth in Love, using a caring hand or touch, or saying a prayer that does indeed avail much… and just absolutely knowing, beyond any doubt, that God is indeed working all things for good in every situation.”

Freed by Jesus from her own invisible bondage of unbelief, Monique LeMaire spreads the complete liberty of Jesus to men and woman confined behind bars, as well as those who live behind bars constructed within their own minds. In new faith, many have followed her mother’s advice, placing one step in front of the other.  Freedom does not come easily. But it comes to those with eyes to see – anywhere, even behind bars, when linking inmates to Jesus. Freedom, as Monique shows us, travels most contagiously through a servant’s hand.

“The real legacy of my life was my biggest failure — that I was an ex-convict. My greatest humiliation — being sent to prison — was the beginning of God’s greatest use of my life; He chose the one thing in which I could not glory for His glory.” ― Charles W. Colson