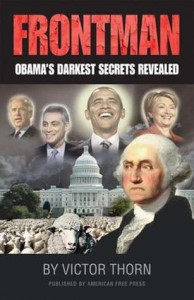 In 2008, Barack Obama became the face of hope and change. Yet lurking behind the scenes was a host of people who long ago selected this man to forward a global agenda. Frontman reveals the actual powers behind his throne: Bilderberg plotters, Zionist handlers, global financiers and Marxist activists. Exposes the cabal of men and women whose goal is to radically transform the U.S. To cover their tracks, they have carefully hidden the life history of Barack Obama from the public. Here is your chance to inform yourself and your friends about the many inconsistencies in his meteoric rise and the gaggle of radical people and organizations who orchestrated it.