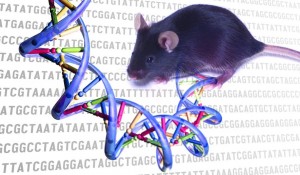 (The Washington Times) – Science has made mice look good by reversing age-related wrinkles and hair loss at the genetic level. Humanity could get a similar make-over in the future.

“Wrinkled skin and hair loss are hallmarks of aging. What if they could be reversed?” asked researchers at the University of Alabama at Birmingham — who appear to have accomplished that feat, according to the research team.

They introduced a specific gene mutation on a test mouse, which prompted a change in profound appearance. Within four weeks, the mouse had developed wrinkled skin and extensive, visible hair loss. When regular function was restored within the gene by turning off the culprit mutation, the mouse returned to a previous life of smooth skin and luxurious fur only two months later — deemed “indistinguishable” from a healthy mouse of the same age.

“To our knowledge, this observation is unprecedented,” said Keshav Singh, a professor of genetics who led the study.

“This mouse model should provide an unprecedented opportunity for the development of preventive and therapeutic drug development strategies to augment the mitochondrial functions for the treatment of aging-associated skin and hair pathology and other human diseases in which mitochondrial dysfunction plays a significant role,” Mr. Singh said in a statement.

Throughout the study, the test mice were fed an antibiotic which prompted the change within the gene. All showed gray hair, thinning hair and hair loss; plus slowed movements and lethargy — changes, the study found, that are reminiscent of natural aging. Females had more severe skin wrinkles than males.

The research was supported by grants from the National Institutes of Health and the Department of Veterans Affairs, and was published in Cell Death and Disease, an academic journal published by Nature.com.