Girl Scouts of America Opening Their Tents to Boys in Skirts

Wasn’t it only yesterday when we generally knew where all the boys were? Standing like shy colts against one end of the school gymnasium, pretending to be oblivious to all the girls hoping not to be wallflowers waiting to be asked to dance, at the other.

It was the boys diving off rocks into the creek at the edge of town each summer, and the girls twittering like birds at pajama parties while their parents admonished them: “Go to sleep!” 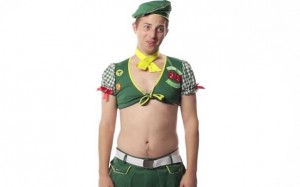 Spats spawning the accusation, “That’s my sweater!” were between sister siblings and the only thing brothers stole from teenage sisters were their diaries. Yesterday’s parents felt a little safer knowing where the boys were and where the girls were.

Heading off in the same direction as society’s new right and wrong, identity is not a sure thing anymore—and not just for transgenders in transition.

That young lad pumping his bicycle pedals demon-like through the streets of your quiet neighborhood is now transitioning to girlhood—right in the tent of Girl Scouts of America, and the American Family Association is hoping you won’t let it go down without trying to do something about it.

“A new Girl Scouts of America (GSA) policy states it will extend membership to boys who identify as girls. (American Family Association, May 14, 2015)

“This means girls in the organization will be forced to recognize and accept transgenderism as a normal lifestyle. Boys in skirts, boys in make-up and boys in tents will become a part of the program. This change will put young innocent girls at risk. 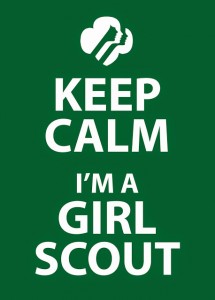 “The group says on its website, “If the child is recognized by the family and school/community as a girl and lives culturally as a girl, then Girl Scouts is an organization that can serve her in a setting that is both emotionally and physically safe.”

“Adults are willing to experiment on our kids – both the boys who are confused and the girls who will wonder why a boy in a dress is in the bathroom with them.

“The Girl Scouts of America has lost its moral compass and needs your encouragement to rescind this new policy. Since 2003, bad policies like this have resulted in GSA’s enrollment dropping by over one million girls, almost 27% of its membership.”

GSA seems to be losing sight of the fact that it is membership and not pandering to the politically correct that keeps them going. Meantime, if boys want to don skirts and make-up while transforming over to girlhood, they should do it in their own tents.