“O taste and see that the Lord is good: blessed is the man that trusteth in him.” Psalm 34:8 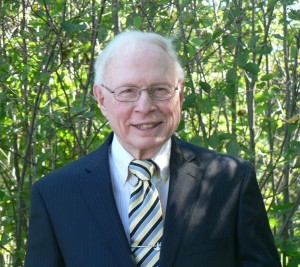 It is no surprise, given his lifetime of ministry, that Pastor Harold Burchett, age 91, is not spending his retirement collecting seashells on the beaches of Florida. In fact, he is not even retired. Nor, apparently, will he ever be until the Lord calls him Home. Instead, he is unrolling an entirely new facet of ministry which may be accomplished from home now that the public phase of his ministry has ended. Since he continues to receive new insights from the Lord, Harold plans to keep on writing, and is now making his life’s work accessible online.

During an idyllic boyhood surrounded by a loving Christian family, and following his realization in early childhood that he was a sinner, Harold asked Jesus Christ to be his Savior. As a teenager, he worked briefly as a reporter for his hometown paper in Clarksville, TN, then joined the U. S. Navy, serving aboard a destroyer in the southwest Pacific during WWII. He remembers always yearning to help needy people who did not know the Lord.

Earning his A. B. from Gordon College, M.Div. from Gordon-Conwell Seminary, and D.Min. from Trinity Evangelical Divinity School provided Harold with the theological underpinnings for thirty years of pastoring several churches in NH, RI, VA, and Canada. For a number of years he was Professor of Pastoral Studies at the Graduate School of 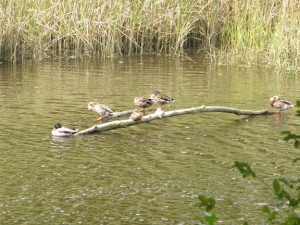 Columbia International University (SC) and spent twenty years as an adjunct professor there. In addition, Harold served overseas with missionaries in Brazil, Argentina, India, Guatemala, Italy, and Russia. Along the way, he has written seven books, including Last Light (2002), in which he chronicled the first ten years of his full-time role as caregiver for his wife, Jane, during her battle with Alzheimer’s Disease. But (fortunately…) little did he know that in 2015 he would publish an expanded edition telling about the final ten years of his twenty-year odyssey through the difficult domain of dementia. As if in preparation for that enormous challenge, Harold had expended over fifty years discipling and ministering to others, helping many to overcome great difficulties; now he would undertake the greatest personal tribulation of his lifetime with remarkable self-discipline and determination to be faithful to the Lord.

In May, 2011 The Good News Today (TGNT) published an in-depth article about Harold’s life up until then, when he was only 86. However, unbeknownst either to TGNT or to Harold, things were about to change radically. In July 2011, Harold made a condolence telephone call to Cheryl, a longtime friend of both his and Jane’s, and a woman whose parents, Edward and Judy Christensen, had worshiped at Quidnessett Baptist Church when Harold was pastoring there in the ’70’s. Both parents were church officers under Harold’s ministry, and her father had recently passed away. Harold called to comfort Cheryl in her loss. However, according to him, he also had another motive in mind. Harold was lonely. He had seen Cheryl for the first time since 1980 at a concert a few months before her father’s death, and he had been thinking about her.

Therefore when Cheryl, sensing his need to connect with someone, suggested “meeting sometime for coffee”, Harold jumped at the chance. Their first meeting was in July, 2011. Wasting no time, Harold soon asked Cheryl when he might propose marriage! Cheryl, who was still addressing him as “Pastor Burchett” and thinking of him in terms of her childhood pastor, was taken totally by surprise. Nevertheless, she had to admit to herself that just shortly before his call she had been reading her Bible, praying, crying, and pleading to the Lord, “Please bring someone spiritual into my life!” In 2005, after having been a widow for 30 years, she had met and married an older man, but became a widow for the second time just two years later. Since then she, too, had been alone and…after all, who could be more spiritual than Harold Burchett?! Understandably, however, Cheryl could not respond right away to Harold’s proposition, but gradually she warmed up to the idea, and before much longer, Harold had even persuaded her to call him by his given name. Not long afterward, Harold got down on his knees and asked her to marry him. Without further ado, at 8:00 a. m. on October 10, 2011, while standing at the end of Beavertail Point in Jamestown, Pastor Sole from Quidnesett Baptist Church officiated and his wife witnessed as Harold and Cheryl pledged their love in marriage, one to the other. Afterward, the four celebrated by going out to breakfast, and about a month later, a reception was held for friends and family. As evident by the love and respect shown to one another now, four years later, theirs is surely a match made in Heaven; they are very happy together. Cheryl and Harold belong to Exeter Chapel where Harold’s son-in-law, Phil Curtis, is the pastor.

Not that happiness in marriage is immune to earthly trials. A couple of years ago, Harold was diagnosed with Parkinson’s Disease yet, with his characteristic personal discipline and perseverance, he assumed responsibility for finding out how to best live with the disease. He realizes that although the diagnosis was recent, he had probably already had it for a lot longer. Although it presents great physical and mental challenges to him, he has found ways to deal with it such as by routinely performing specific exercises known to help Parkinson’s patients. Despite not really wanting to do the exercises he says, “The more you don’t want to do things, the more you know that those are exactly the things you should be doing.” The disease assaults one’s whole nervous system, and the “Big and Loud” exercise designed to combat the disease emphasizes making exaggerated movements; Parkinson’s patients soon learn that both motions and speech will become inhibited if allowed. Speech therapy also helps patients communicate better. Harold has discovered an important lesson for each day: he looks away from his feelings and daily renews his trust in the Lord. It is the same lesson he learned years ago: call on God and claim particular scriptures. 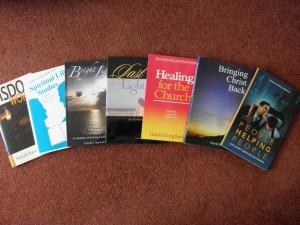 Cheryl’s celebrated entrance into Harold’s life has been a great blessing to him in multiple ways. For instance, she is a terrific cook, while he has never been much good in the kitchen except for doing dishes and putting things away in the refrigerator. Another wonderful way Cheryl blesses him is with her tech-savvy abilities which are assisting him to launch a new ministry that has increasingly been on his mind and heart. For the past 65 years, Harold’s ministry has included preaching hundreds and hundreds of sermons, writing innumerable commentaries, conducting countless conferences, authoring seven books, counseling many needy couples and individuals, and discipling numerous Christians so they may, in turn, disciple others. Seemingly directed to have put much of his training materials into writing, Harold has collected voluminous files on each of the various aspects of his ministry, and is currently assembling them all in one place, online. Thus, now he can make them available to others wishing to take advantage of what God has taught him over these many years.

Now that an updated website has been launched at www.bcbministries.com, Harold has ambitious plans for making daily posts on varied topics as the Lord impresses new truths upon his heart. Visitors to the site will find a well-organized compilation including a Home Page with a “What’s New Today” component, followed by eight distinct categories:

Harold will also be re-editing older materials since, he says with a smile, plenty of “tempering” is continually going on with him. After he edits each article, Cheryl releases it. Eventually, he will build a whole backlog in all the categories. A website designer trained Cheryl to do everything in-house. Harold’s books, for instance, require special editing as ebooks; each book will be offered in two styles: print-on-demand (at Amazon) and electronic (Kindle, or other). Moody originally printed People Helping People in hardback, and NavPress published Last Light, but all have since sold out and Harold has the copyrights.

Residents of Wakefield, RI, Harold and Cheryl live in the comfortable, cozy house built many years ago by her father, where Cheryl spent her childhood. Perched overlooking the banks of the Saugatucket River, not far from the ocean, it features an attractive deck off the kitchen, laden with pots of gorgeous double begonias, coleus, and many lovely hanging plants, while its backyard boasts fruitful and colorful flower and vegetable gardens that spread out toward the river. Steep, narrow stone steps lead down to the water; it is easy to imagine sitting on the lowest step and lazily dangling one’s toes in it. Peace and joy seem to emanate from this enchanting spot, where hospitality is often shown to family and friends alike. As Harold and Cheryl undertake their new endeavor to honor and glorify their Savior, they will surely draw inspiration from such pretty natural surroundings and, most especially, from their daily prayers together which refresh them every morning.

Harold hopes that many will regularly fellowship with him on the website. He prays for strength – physical, mental, and spiritual — and that God will help him to realize this vision and calling. “I think it’s divinely arranged for me that as my capacities are more limited now, so are the invitations,” Harold says thoughtfully, having recently finished an 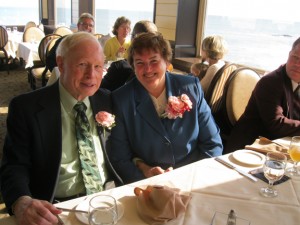 interim pastorate in Attleboro. He was gratified that a fine young pastor was found, thus releasing Harold to “hibernate” more. Fervently desiring to see Christians in the churches awaken to their Godly calling, Harold recalls a more active time in his early ministry during which he hosted a radio program, “Above the Clouds”, in addition to his many other ministries. Still intellectually vital, Harold’s manner is calm and confident, as befits a man who draws his strength from the Lord. He thinks long and carefully before speaking, an unusual trait in these fast-paced days. A man of uncommon wisdom, Harold now offers a virtual treasure trove of knowledge to be gleaned by anyone interested enough to dig and delve a bit through the many materials he is making readily available online. He speculates that Prayer will be one of his major topics, as well as Spiritual Warfare and the Holy Spirit. As God keeps supplying new insights and ideas, Harold will keep transmitting them, though doing so sometimes has the effect of keeping him from accomplishing the re-editing necessary for older articles. But Cheryl, an expert at doing many of the needed tasks, also possesses the priceless gift of encouragement, so with her working alongside as Harold’s helpmeet, expect to uncover a wealth of valuable information at www.bcbministries.com.

“For the love of Christ constraineth us: because we thus judge, that if one died for all, then were all dead: And that he died for all, that they which live should not henceforth live unto themselves, but unto him which died for them, and rose again.” II Corinthians 5:14-15