Last year the U.S. Center for World Mission began equipping thousands of churches in Latin America to pray for the Pashtun, one of the biggest least-reached people groups in the world.

The Pashtun number over 30 million and the Taliban are included within this ethnic group in Afghanistan. “If you are wondering whether prayer really makes a difference, in this particular case, we have the proof,” says David Taylor, with the U.S. Center.

A Christian radio ministry had been broadcasting for years to the Pashtun and were receiving about 60 responses to their program each month.

“As soon as thousands of churches in Latin America began praying for the Pashtun, this radio program began receiving hundreds and then thousands of responses each month,” Taylor exclaims. “Like the Bible story of the disciples whose nets could not handle all the fish, this ministry is now asking for help from others to handle this unexpected interest in the gospel!” 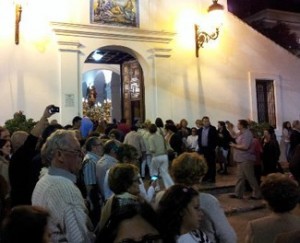 In a related miraculous incident, some of the churches praying for the Pashtun are located in El Salvador. In one of these Salvadoran churches, a man was dying of HIV AIDS.

“He decided to come to the Wednesday prayer meeting which was focused on the Pashtun,” Taylor recounts. “As he was praying for them he felt the Holy Spirit come upon him and move throughout his body. He felt as though he had been healed. The next day he went to the doctor to have his blood checked. When the nurse came back with the results she was beaming. His blood was completely clean of HIV!”