(WNS)–The fundraising website GoFundMe has shut down a donation page for Aaron and Melissa Klein, the former owners of the Sweet Cakes by Melissa bakery in Gresham, Ore. 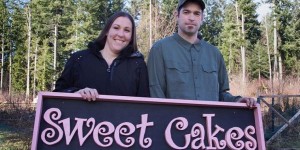 “The GoFundMe account that was set up to help our family was shut down by the administrators of GoFundMe because they claimed it was raising money for an illegal purpose,” the Kleins said Saturday morning in a post on the Sweet Cakes by Melissa Facebook page. “We are working to get the account reinstated.”

A supporter of the Kleins had set up the fundraising page after an Oregon judge on Friday set a fine of $135,000 for the couple as punishment for declining to bake a wedding cake for two lesbians. The page had raised more than $66,000 before GoFundMe shuttered it. GoFundMe said the Kleins would be able to access the money raised so far.

“After careful review by our team, we have found the ‘Support Sweet Cakes By Melissa’ campaign to be in violation of our Terms and Conditions and have removed this campaign,” the company told The Oregonian.

In the meantime, the Kleins said supporters could donate to their cause through Samaritan’s Purse.

The fine comes almost three months after Administrative Judge Alan McCullough ruled the couple violated an Oregon statute prohibiting discrimination on the basis of sexual orientation. The funds will go to the lesbian couple for “emotional, mental, and physical suffering.”

The ruling is more consistent with the actions of a fascist state than of a democracy, said Tony Perkins, president of the Family Research Council.

“An Oregon judge made clear in no uncertain terms to the Kleins and all Oregonians that the state has the right to demand that citizens engage in activities that violate their beliefs and if they refuse, they will lose their ability to make a living,” he said in a prepared statement. “In a free country, this is a ruling that cannot and must not stand. … A government able to bankrupt people for standing by their deepest beliefs is a government of unbridled power and a threat to everyone’s freedom.”

The Kleins shuttered their storefront in Gresham, a suburb of Portland, Ore., in 2013 shortly after Rachel Cryer and Laurel Bowman filed a civil rights complaint against them. At that time, same-sex marriage still wasn’t legal in Oregon.

Perkins said he hoped the ruling would be overturned, implying the Kleins plan to appeal. But based on previous cases in which wedding vendors have been accused of discrimination, they might not have much luck. The U.S. Supreme Court declined last year to hear the case of Elaine Huguenot, a New Mexico photographer fined $6,637.94 for declining to photograph a same-sex wedding.

The New Mexico case was among the first of a host of discrimination claims filed against Christian wedding business vendors. So far, none have prevailed in their appeals.