Going Back To The Beginning …

Celebrating the 400th Anniversary of the Pilgrim Voyage to Plymouth 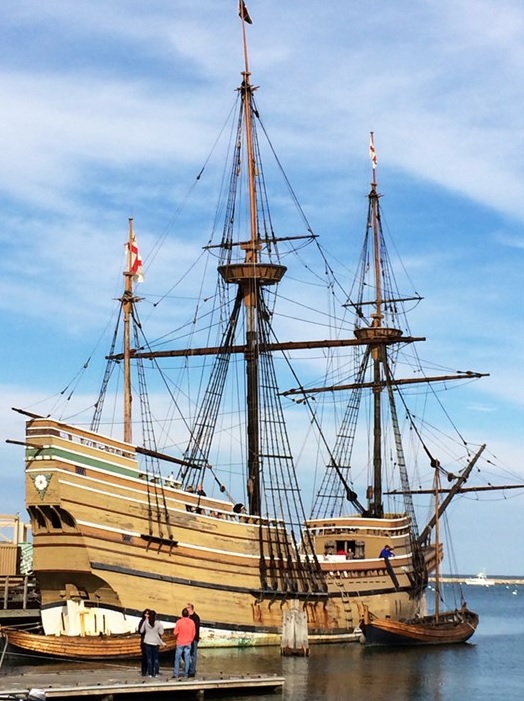 As America buckles under the COVID-19 Pandemic, I’ve been thinking a lot about How we got here and how our nation has led the way for generations when faced with the realities of God’s world and free will. From the struggles of independence and sovereignty, civil war and world wars, to the Middle East, and from plagues and pandemics to medical research and cures from God through the hands of His creation, this nation and its people have forged a path to victory and done more for the human condition than any nation on planet Earth.

But where did this exceptionalism come from. By what means and whose authority did the United States come to be the country it is? Moreover, why does it seem we’ve lost our edge generationally, and what about this most recent crisis is different?

Now I promised my editor that I wouldn’t make this another “Corona” article as he feels, and I agree, that it’s getting a bit tiresome. Folks just want to be lifted up at this point. And I also don’t want to go on about the failings of the American news media and education system as the main reasons for the apparent lack of faith and courage being demonstrated by some among us. For the most part, you all know my thoughts on those matters. Nevertheless, I did want to explore how it all started and why I believe that if we really understand the truth of our storied heritage, then there is no battle we can’t fight and no problem we can’t fix as a nation and as God’s people.

You see, there are two tiers if you will, to our history and actually two beginnings. Many folks get the “Founders” confused with the “Framers”, and though the United States was not a nation in 1620, it was the Puritan Separatists who technically “founded” what we know as America today. The Framers of our Declaration and Constitution would ink the necessary verbiage with their blood and treasure to finalize the deal in the middle and late 18th Century. But we’ll talk more about that in a bit.

Much to the chagrin of today’s revisionists and Socialists, the Puritans or “Pilgrims” as they are widely known, endured great hardship and trial so they might worship the God of the Bible free of a Roman Catholic king’s delusions of divinity. And by way of a simple document, crafted out of their desire for civil governance in their new land called the Mayflower Compact, they set in motion the beginnings of self-rule under a system of laws, agreed upon by the people, and which would greatly influence the coming generations. They put their faith in God and eventually flourished, demonstrating courage of conviction on a level that would transcend down through the ages. It was not easy, and many died so that others would live. But their determination to see God’s plan for them come to fruition allowed them to persevere where most would’ve given up. 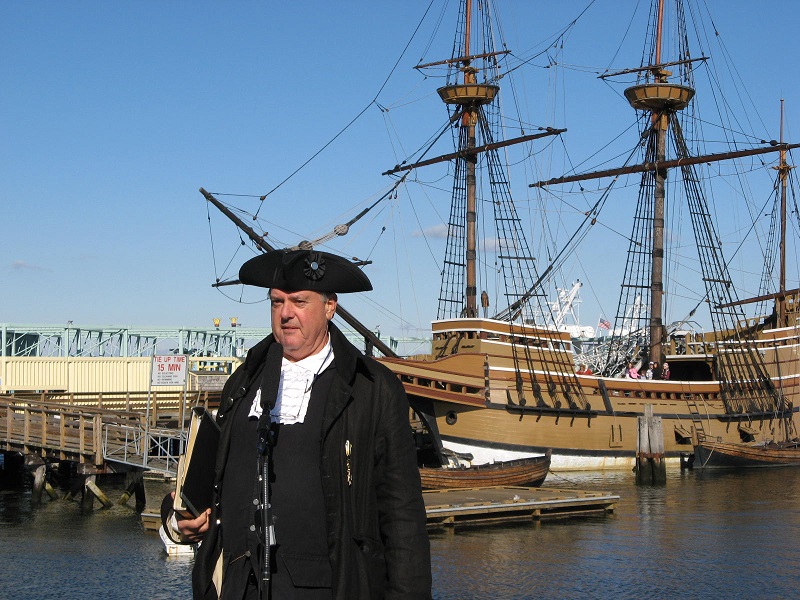 Essentially it all began in England as King James the 1st began to have a hard time keeping those pesky Puritans from getting a hold of the Bible and actually having it printed so they could read it. Now from my admittedly newer Christian viewpoint, it seems pretty clear that as folks learned of the Bible and what it actually said, they would come to understand that maybe the king wasn’t all he was claiming, and that the Word of God was being manipulated and tainted by a less than moral and very powerful leader. Oops, that was a problem. Well at that point two things were certain, the first being the king wasn’t happy with the Puritans, and the second being the Puritans were gonna have to get out of Dodge, if you know what I mean.

Now I’m skipping over a lot for the sake of editorial space, but in all seriousness, this was a time of great persecution and terror for Puritans. Many of their homes were seized and they were thrown in jail and even executed for their opposition to the king’s church. They were basically public enemy number one at the time and were driven underground, forced to worship in secret for fear of being identified by the king’s spies who hunted them mercilessly.  “Pastor John Robinson was the pastor of the Pilgrim Fathers at the time and seen as the early leader of the English Separatists”. Robinson agonized over the initial separation from the English church but was finally persuaded that based on current events, it was the only way forward. Their faith was being tested and they would not be denied.

The story of the “Pilgrims” at this point takes on the search for a new land where they could worship as God intended. Different factions of the Separatists wound up in places like Holland and Amsterdam with the smallest of them braving the North Atlantic, eventually landing in Plymouth Massachusetts in 1620. Many died along the away and the first winter(s) were brutal to say the least. But the Pilgrims were strong in their faith and steadfast disciples of the Word. They believed without doubt that God would ultimately provide and he did.

Again, the story of the Puritans is a long historically critical one thus it would be impossible to summarize it here. So, my suggestion is if you want to know more of the Pilgrims and their invaluable contributions to the America we know today, you should visit Plymouth Plantation and Museums to celebrate the 400th year anniversary of their landing. Last month’s GNT featured a short article about some of the upcoming events, and I can tell you having visited the plantation in years past, you and your family will absolutely love it. Re-enactors capture the Hearts and minds of visitors by putting them right in the middle of 17 Century living in the new world. It’s a unique and fascinating time warp where you’ll learn the true history of America down to the most basic daily tasks.

The Pilgrims faith in their maker was their gateway to their personal freedom, and that liberty was instrumental in their success, be it economical, civil or religious. By putting God first, they were able to prioritize their lives and focus on the difficult tasks before them. And while it took time and sacrifice, they would ultimately become the farmers, blacksmiths, bakers and all the other things necessary to a thriving community. But likely their greatest achievement, though they probably didn’t know it at the time, was to stop, take hold of the Bible and God’s Ten Commandments and form the basis for the government they understood was necessary to their collective success. Consequently, as you read the Mayflower Compact you will see without question the influence of God’s Word permeating the entire document. And that document would greatly influence another generation as they struggled to separate from yet another tyrannical English king.

In the end, and as we navigate these stressful times, why not do as the Separatists did 400 hundred years ago, and rally around the book that’s been with us from the beginning, the Bible. It’s transformative and allows us to anchor ourselves in the truth of God’s Word so we may face our greatest challenges here on Earth.

Paul Jehle of the Plymouth Rock Foundation and also a Pilgrim re-enactor was quoted in last month’s article lamenting the fact that “more Americans, especially young ones, don’t know about how much these early settlers contributed to the nation’s values, faith, character and dependence on God”. I couldn’t agree more Paul. As the generations pass, our history becomes more and more diluted. And unfortunately, this is only compounded when there are those in this country committed to NOT telling the story, or worse yet re-writing it, portraying the Founders in the most negative light.

It’s time those of you with school age children step up and make sure your kids are getting the correct information. And what better way to do that than with hands on history like the Plymouth 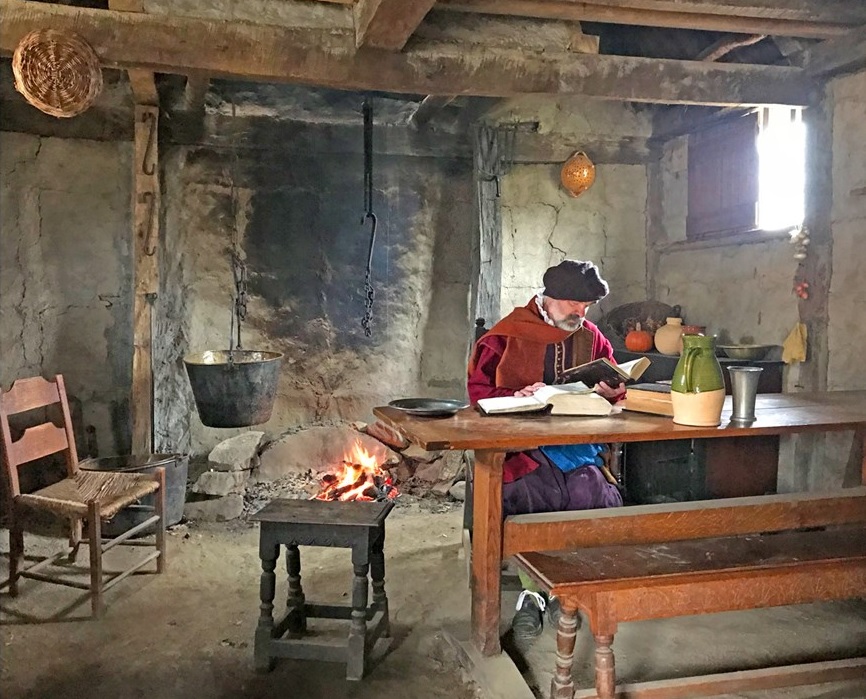 Plantation. Also remember to augment the lessons they learn in Massachusetts with the Christian foundations that shaped the lives of the Separatists. The faith-based values and moral compass of a people who relied on God to carry them across the finish line is a lesson which teaches young people that human freedom is God-given, and that that freedom has many faces.

I have labored since the birth of my son back in 2002, to get it right historically so I can pass on to him the country his grandfather fought for. During that time, I came to know the Lord and was amazed at His influence on the greatest nation in all human history. I was also surprised to learn how the story of the Pilgrims was much more than I ever realized, and that it was more than simple religious freedom that they sought. They needed their relationship with God and they did whatever it took to preserve it.

Now as our great country grapples with COVID-19, it’s time to look inward again and find in Christ the answers we seek. I submit to you today, this is the only way we get through this. Only by rediscovering our connection to the Christian God of the Bible, will we recoup the strength we need and are famous for to defeat this unseen enemy.

God knows our enemies and He knows we need Him to win.

God bless and remember, 2 Chronicles 7:14 “Then if my people who are called by my name will humble themselves and pray and seek my face and turn from their wicked ways, I will hear from heaven and will forgive their sins and restore their land”.

If you would like more information about the Pilgrims Landing and upcoming events for The 400th Anniversary of the Pilgrims Journey to the New World please visit their website at plymrock.org