LOS ANGELES, CA – Golden State Coalition (GSC) US Congressional Candidate Jazmina Saavedra — running for office in the US House of Representatives 44th District of California — was confronted by a startling situation Tuesday.

There was a man in the ladies’ room of a Los Angeles area Denny’s Restaurant.

The hue and cry rising from cultural Marxists in the national media — upon learning Ms. Saavedra objected to a man in the ladies’ room — puts the lie to a bizarre, quote “progressive” unquote, agenda which purports to be inclusive. No woman or girl should ever be forced by the state, restaurant owners or others, to accommodate the confusion or mental state of culturally deviant persons — at the expense of women’s security and privacy.

Incredibly, Denny’s Restaurants issued an apology to the deviant man, completely ignoring the serious security issue for Jazmina Saavedra and other female patrons of their chain of 2,100 restaurants worldwide. 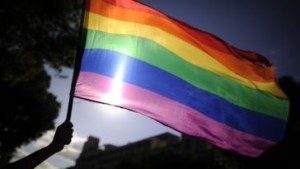 The Golden State Coalition is a group of Godly, conservative candidates for public office in California, asserting traditional American culture, by first recovering the reins of power from overreaching cultural Marxists in Sacramento and Washington, DC.