Gospel ‘Wildfire’ Burning Like No Other Time In History

The gospel is going forward in an unprecedented fashion — especially in the most restricted countries — driven by prayer, boldness, persecution, and the Holy Spirit, according to a recent report.

“What we are seeing around the world is really a gospel wildfire,” says Brother Jonathan, a Voice of the Martyrs (VOM) international ministries worker.

“We’re seeing the gospel go forward like never before in the history of the church,” he says. “There is nothing which says you have to live in Africa, China, or the Middle East to experience this,” he adds.

A strong commitment to prayer creates an atmosphere for the wildfire to burn. Brother Jonathan asked one indigenous leader in Burma about their strategy to send workers into unreached villages.

“The secret is Fridays.” “What is it about Fridays?” Jonathan wanted to know. “On Fridays we all come together and we fast and we pray – every Friday, all day.”  “What if you’re going into a hostile village?” “If we think it’s going to be a really hostile area, we set aside seven days to fast and pray. When that’s over we go and let the chips fall where they may.” 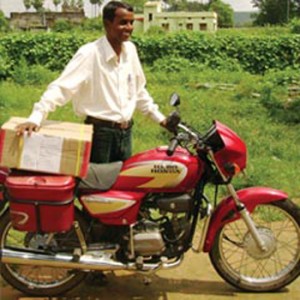 Jonathan spoke to one 19-year-old worker in Burma starting in ministry who told him: “I’m going to move into a village where there are no churches and no Christians.” Then he planned to build a small lean-to in the forest to live in, work in the rice fields, and start sharing the gospel.

“I’m going to plant a church and appoint a leader and I’m going to move and do it again,” the young worker told him. “How long do you think you’ll do this?” Jonathan asked. “Until Jesus comes back.”

The fuel that Brother Jonathan sees in this gospel wildfire is a bold proclamation of the gospel. In north India, he met with a coalition of 1,000 pastors working in Uttar Pradesh (UP), one of the most unreached states in India. “They risk their lives every single day,” Jonathan noted.

One young minister told him, “I ride my bicycle into a village where there are no Christians (he had a drum fixed to the cross bar of the bicycle and behind him he had a lantern sitting on some gospel tracts and a small speaker on the front) and I bang on my drum until a crowd comes out and then I preach the gospel. We see people’s hearts touched, we see them repent and we see the birth of a church.” “What about other times?” “Oh, they beat me.” “What do you do then?” “When I wake up I ride to the next village.”

Jonathan noted there are 1,000 other young ministers like him riding around UP State on their bicycles doing the same thing. The result is that UP State has gone from almost no Christians to about three percent Christian – about 6,000,000 believers.

The spark for the gospel wildfire is the Holy Spirit, Jonathan observes. “Dreams and visions are becoming so common among Muslims that when we meet someone for the first time we ask if they’ve had any strange dreams lately.”

Among Hindus and Buddhists he is seeing signs and wonders, with many miraculous healings. One pastor told Jonathan, “Maybe we’re lazy, but we don’t want to spend 12 weeks convincing them that Jesus is God. We just want God to show up.”

What can you do to be part of this? “Make prayer a priority. Proclaim the gospel with boldness. Don’t be ashamed of anything. If you’re a follow of Christ, you have nothing to be ashamed of. Trust God to show up. Pray with confidence. Believe God still does stuff today. God is very active around the world and he can do the same things here.”

“Take your stand on the gospel no matter what and don’t back down for anybody. I’m praying the church in America would become militant, bold and unashamed.