Graham to all churches: ‘Pull out of Boy Scouts completely’ 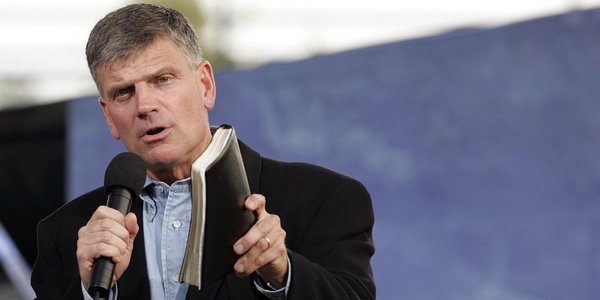 (OneNewsNow.com) – In response to the Mormon Church pulling approximately 185,000 of its older youths out of the Boy Scouts of America (BSA), Rev. Franklin Graham called all churches across the United States to pull every last one of their children from the pro-LGBT organization.

“I think the Mormon Church – and all churches – should pull out of the Boy Scouts organization completely,” the renowned Christian stated on his Facebook page. “They need to get their younger boys out as well.”

He then shared his reasoning for urging all Christians to leave the LGBT-friendly group that refused to listen to its faith-based supporters – in favor of accommodating influential and deep-pocketed homosexual activists.

“I would not want my child or grandchild to be influenced by the lifestyle of a gay Scout Leader that goes against God’s design for creation,” reasoned Graham, who serves as the president of the Billy Graham Evangelistic Association (BGEA).

The son of the iconic world evangelist Billy Graham commended Mormon leadership for standing up for biblical values and ending their youth’s exposure to alternative lifestyles and behaviors embraced and condoned in the Boy Scouts.

“The Mormon Church made a good decision yesterday, announcing it was pulling older boys out of the Boy Scouts of America,” Graham asserted. “They had been the biggest sponsor of Boy Scouts in the United States. A scholar said the Boy Scouts’ new policies relating to gays probably related to the decision.”

Appealing to the Church to adhere to the biblical teaching on homosexuality, Graham condemned the BSA’s rejection of God’s Word and ludicrous policy of letting girls become boy scouts.

“Churches should always stand with teachings that align with the Word of God,” the head of Samaritan’s Purse insisted. “Two years ago, the Boy Scouts of America voted to allow gay leaders, and then this year began to allow members based on their gender identity – rather than their biological sex – opening the door to transgender members.”

The Mormon leadership’s decision severed a major part of the church’s longstanding tradition.

“The Church of Jesus Christ of Latter-day Saints announced last week its [teenage boys] would be removed from the Boy Scouts – a significant move since the Mormon Church has been a charter member of BSA for over a century,” Breitbart News reported. “In its announcement, the church said local congregations would replace the BSA with other programs.”

Without directly touching on the main reason driving its decision, the church addressed some general areas where it did not see eye-to-eye with BSA.

“In most congregations in the United States and Canada, young men ages 14–18 are not being served well by the Varsity or Venturing programs, which have historically been difficult to implement within the Church,” the Mormon Church announced, according to Breitbart. “This change will allow youth and leaders to implement a simplified program that meets local needs, while providing activities that balance spiritual, social, physical and intellectual development goals for young men.”

It did touch on BSA’s decision to permit homosexual scout leaders and transgender scouts. 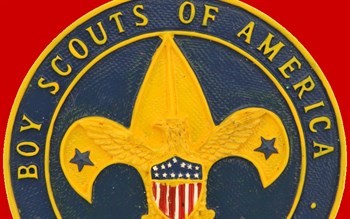 “The BSA has always allowed the Church to operate its programs in ways that are consistent with our standards and beliefs, and they have been very supportive,” the Mormon leaders continued. “This change is to address the needs of young men ages 14 to 18. The Church is always evaluating what is best for our youth and families, and will continue to do so.”

Yet the recent announcement from the Mormon Church stands in contrast to the statement it released in July 2015, when it openly and strongly condemned BSA’s decision to hire openly homosexual scout leaders to influence America’s youth.

“The Church of Jesus Christ of Latter-day Saints is deeply troubled by today’s vote by the Boy Scouts of America National Executive Board,” the Mormon Church disclosed in a statment less than two years ago. “In spite of a request to delay the vote, it was scheduled at a time in July when members of the Church’s governing councils are out of their offices and do not meet. When the leadership of the Church resumes its regular schedule of meetings in August, the century-long association with Scouting will need to be examined. The Church has always welcomed all boys to its Scouting units regardless of sexual orientation. However, the admission of openly gay leaders is inconsistent with the doctrines of the Church and what have traditionally been the values of the Boy Scouts of America.”

Even though BSA still has more than 2 million members, it has been in a steady decline for years – essentially since it has parted from biblical principles.

“The loss is only a fraction of the 2.3 million youth in Boy Scouts, but the organization has been grappling with declining membership for years and has enjoyed a close bond with the Utah-based Church of Jesus Christ of Latter-day Saints for more than a century,” The Associated Press (AP) reported. “Boy Scouts is a rite of passage for Mormon boys, with the church covering the cost of troops for congregations, known as wards, and strongly encouraging participation.”

The recent exodus was downplayed by BSA.

“Boy Scouts of American spokeswoman Effie Delimarkos said the organization is saddened about the decision, but understands the need for the religion to customize its programming,” AP’s Brady McCombs relayed from Salt Lake City, Utah. “She said the organization’s membership figures show the decision will impact 130,000 Mormon teens in this age group. Figures provided by the Mormon Church say the change will impact 180,000 boys.”

For now, a majority of the Mormon children involved in BSA are staying put, but that will likely change in the near future, when another exodus – of more than a quarter million scouts – will leave the pack.

“Mormon officials said in a news release that it will keep some 280,000 younger boys ages 8–13 in Scouts while it continues to develop a global scouting-type program,” McCombs continued. “Boy Scouts is only available in the U.S. and Canada, and more than half of the religion’s nearly 16 million members live in other countries.”

The Mormon church continues to oppose same-sex “marriage” and uphold the sacred bond as being only between one man and one woman – another reason many argue helped motivate leaders to pull teens from BSA.

Another iconic American group, the Girl Scouts, is also seeing faith-based groups and churches fleeing as it embraces the LGBT agenda and other progressive ideals – similar to the Boy Scouts.

“Earlier this month, Archbishop Joseph Naumann of Kansas City, Kansas, announced he is severing his archdiocese’s association with the Girl Scouts, citing the organization’s increased secularization and the promotion of values that are inconsistent with the Gospel,” Breitbart’s Dr. Susan Berry announced. “Naumann said the parishes of his archdiocese would instead begin chartering the American Heritage Girls – an organization that promotes Christian values in addition to skill building.”

Besides embracing LGBT lifestyle, the Girl Scouts have been criticized for shunning God’s Word and denying the sanctity of human life by partnering with the world’s largest abortion provider.

“The archbishop noted the Girl Scouts’ national organization contributes to its international counterparts, which are tied to International Planned Parenthood and that group’s advocacy for abortion legislation,” Berry explained. “He also said many of the materials and resources used by the Girl Scouts ‘do not reflect our Catholic worldview, but stand in stark opposition to what we believe.’”