(Horn News) The House Judiciary Committee’s probe into the investigation of former Secretary of State Hillary Clinton dropped a bombshell last week. The investigation is heating up behind the scenes — and it was just revealed that an indictment could be looming.

A report claimed that the Department of Justice has empaneled a grand jury to review the evidence and rule on the potential indictment of Hillary regarding the FBI’s 2016 investigation into her email scandal. That’s according to award winning Fox News journalist Chad Pergram, who tweeted the following – “DoJ on Hse Judiciary Cmte’s subpoenas: We are individually reviewing the remaining documents to ensure that they do not include grand jury information, information about ongoing law enforcement actions involving American citizens, or privileged attorney-client communications.” 6:10 PM – Mar 22, 2018

Pergram gleaned the information from a letter written by Virginia Rep. Bob Goodlatte to the Department of Justice. The Republican congressman announced a subpoena regarding the slow pace of the investigation from the department. “Given the Department’s ongoing delays in producing these documents, I am left with no choice but to issue the enclosed subpoena to compel production of these documents,” Goodlatte, the Judiciary Chairman, wrote on Thursday. 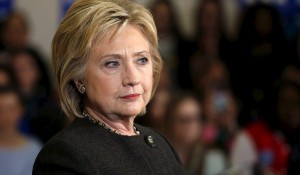 The subpoena involves Inspector General Michael Horowitz’s investigation into the alleged mishandling of the FBI’s 2016 email investigation into the Clinton Foundation and Hillary’s illegal email servers. Critics have alleged that former FBI deputy director Andrew McCabe intentionally mishandled the case. McCabe has disputed those charges, saying he followed up on the investigation where it was needed.

“The inspector general’s report, expected in the coming weeks, is expected to find that McCabe was less than forthcoming under oath. Investigators were probing his approval for FBI officials to engage with a reporter for a story on his handling of an investigation into the Clinton Foundation,” Politico reported.

So what does all this mean? It’s bad news for Hillary. The timeline for potential indictment is finally beginning to speed up.

According to The Conservative Treehouse, the Justice Department “has to review the demand for evidence because release of those documents might conflict with ongoing Grand Jury information (evidence). Yes, that means a Grand Jury is impaneled, exactly as we expected. Yes, that also means there are ‘law enforcement actions’ currently ongoing as a result of the prosecutor assigned to reviewing the evidence discovered by Inspector General Horowitz.”