Greece’s Parliament Cannot Override the NO Vote. The Agreement with the Creditors is Illegal

FIRA, GREECE. On Sunday July 5, the Greek people voted in a historic referendum to refuse the Troika’s draft agreement.

The Referendum was an outright ritual of democracy. The Greek people were betrayed. On Monday morning, July 6, on the day following the referendum, Prime Minister Tsipras put forth a 13 page draft proposal which included most of the demands of the creditors. This proposal, which was drafted before the referendum in close consultation with the creditors was essentially intended to lead towards the acceptance of the creditors’ demands, namely to support the YES vote which was defeated in the July 5 Referendum.

This about-turn had been carefully engineered. The Greek people were misled and deceived. PM Tsipras was in bed with creditors while supporting the No Campaign. He had made a deal with the creditors, he was in favor of accepting the demands of the creditors all along. The NO mandate of the Greek people was meant to be ignored. And that decision was taken BEFORE the referendum.

The July 6 post referendum document put forth by PM Tsipras on Monday 6 July was accepted in substance by the Troika. It was then endorsed by the Greek Parliament. 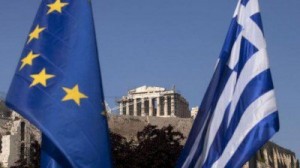 The important question for the Greek people. Does the vote of acceptance by the Greek parliament provide a legally binding green-light to the government to finalize debt negotiations AGAINST the Greek people, overriding the NO Vote in the Referendum.

What is the role of a referendum under Greece’s constitution?

While the result of a referendum is not always legally binding, it nonetheless provides an explicit political mandate to the government which has to be followed. A referendum cannot be based on a priori deception. The results cannot be ignored in a democracy.

The referendum was held while the Tsipras government had already decided to cave in to the creditors.

It is important at this stage that the Greek people question the legality of the parliamentary decision. It is worth noting that the Supreme Special Court (Ανώτατο Ειδικό Δικαστήριο) endorsed the holding of the Referendum.

What must now be established is the constitutionality of the parliament’s denial of the Referendum procedure and its de facto endorsement of the YES Vote. That decision has to be challenged. And this must be done before a final binding agreement with the creditors is reached.