(WNS)–The senior author of an allegedly groundbreaking study on gay marriage has retracted it following evidence that some of the data likely was fabricated.

The study claimed people opposed to gay marriage would change their minds after having a 20-minute conversation with someone canvassing their neighborhood who identified as a homosexual. The study also claimed other members of the same household were more likely to change their views as well. But the data supporting the study was too good to be true, according to the Daily Caller. 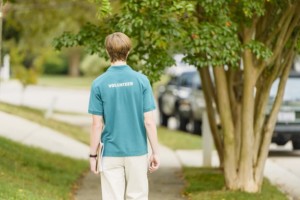 The study, published in December in the journal Science, showed dramatic results. But when several graduate students returned to the study to build off the work, they found irregularities in the research. Methods widely recognized to produce inconsistent results and anomalies in other studies seemed to yield almost perfectly consistent results in this study. The two graduate students, David Broockman and Joshua Kalla, together with Yale professor Peter Aronow, wrote a report and sent it to the study’s senior author, Columbia University political scientist Donald Green.

The report presented evidence that the dataset “was not collected as described,” by co-author Michael LaCour, a graduate student at the University of California Los Angeles.

The response rate of the original study was markedly lower than originally reported, and the firm Broockman and Kalla, which allegedly carried out recruitment, denied any knowledge of the study.

After looking into the claims and finding they did not line up with the evidence, Green asked Science to formally retract the study.

“I am deeply embarrassed by this turn of events and apologize to the editors, reviewers, and readers of Science,” Green wrote in the retraction letter.

Before the retraction announcement, LaCour told The New York Times on Wednesday, “I am under legal advice to not speak. … I am gathering the evidence and relevant information needed so that I can make a comprehensive response.”

Marcia McNutt, editor-in-chief of Science, said in a statement the journal’s editorial staff was assessing the report.

“Given the fact that Dr. Green has requested retraction, Science will move swiftly and take any necessary action at the earliest opportunity,” she said.