Have you earned the right to offend? 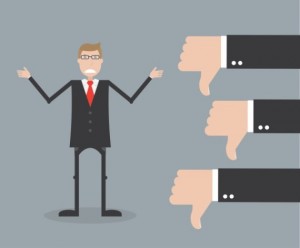 “The church is just too judgmental,” they say. “Doesn’t the Bible say ‘Do not judge lest you be judged’”? The most popular Bible verses in recent years have completely flipped from what they once were. Rather than verses like John 3:16 which tell of the love of Jesus Christ, the most well-known Bible sayings now are used by non-Christians to preach a postmodernist “tolerance.” “Do not judge lest you be judged” comes to mind, in particular. Of course, we seem to have started citing certain verses in response, verses like “If the world hates you, you know that it hated Me before it hated you” and “Do not think that I came to bring peace on earth. I did not come to bring peace but a sword.”

We remind ourselves that the Gospel is offensive, and that if we speak out in defense of the truth (even in a loving way – 1 Corinthians 13:1) we’re going to make enemies of those in the world, even including friends and family. While such Scriptures are true and we’re right to comfort ourselves with the reminder that people hate God’s Word and not us, we can sometimes be guilty of missing a step.

Take a look at the church’s beginning in Acts 2, where we have the first examples of what our first century brethren did and how they were perceived in their society. We see that they were dedicated to the Apostles’ teaching, that they were in constant fellowship, and that they were serving and caring for one another by giving of themselves any time a need arose. While they were eventually persecuted for preaching (starting in chapter 4), before that happened Luke wrote down a key phrase that we would do well to note. Acts 2:47 says that the early church was “having favor with all the people.”

Among the crowds and with the people around them, the church was looked at in a positive light. The lesson we should take from this is that though the Bible’s teachings may be offensive to those who refuse to consider them, the church’s loving actions should be their first impression of the church among the people in our communities. While I believe in holding fast to the truth, I also believe in listening to criticism and seeing what we can take from it. When people say that we come off as too judgmental, it seems to be equally due to the Bible’s challenging teachings and our lack of loving action backing up what we say.

We claim it’s our goal to teach the truth in love, but that’s where we can be mistaken. You have to earn the right to teach the truth in love. How? By showing love! In the same section where Jesus assured the apostles that the world would hate them because of Him, He also reminded them that it was their love that would distinguish them from the world. As of right now, the most noticeable factor separating us from the world is the divisive truth of the Gospel and not our love for each other and for the world.

As Tim Chester and Steve Timmis insightfully point out in their book Total Church, “We need to make people want Christianity to be true. Then we might be able to persuade them that it is.” The church’s love is what makes the hard teachings of Christianity so much easier to accept. If people are still going to disagree with us, at least we can make them say, “Man, I don’t agree with those Christians, but they sure do love people.” Jesus met with great opposition throughout His ministry, but it could never be said that He didn’t love people. May the same be true of us.

“Love your neighbor” is a hard enough command to follow in today’s busy, hectic life where we’re all carefully guarded about how we come across to each other. Love your enemy? That’s even harder. What about loving people enough to feed them, clothe them, visit them, or invite them in (Matthew 25:35-36)? What about loving our fellow Christians enough to get deeply involved in each other’s lives and invite others in to that loving family? What about loving people enough to leave our comfort zones and preach the love and hope of the Gospel to them and not just that which seems culturally relevant (be it the Bible’s teaching on homosexuality, abortion, or anything else)?

Yes, if we preach that which challenges the world’s lifestyle, we’ll offend people. It’s just a natural result. If we show Christ’s love the way we should first, though, we’ll glorify God and shine His light to people who truly need it and maybe we’ll find open doors and softer hearts.