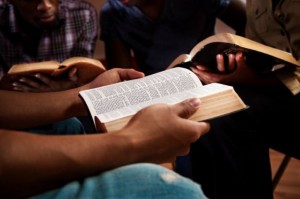 He works a few blocks away from the notorious Watertown midnight shootout between police and the two Tsarnaev brothers, who allegedly set off  bombs close to the finish line of the Boston marathon in April of 2013. His personal life was not interrupted by this as his place of employment, Watertown Lexus, had closed some hours earlier, and like most people in Boston and vicinity, he first became aware of this incident the following morning.

John Barstow is a Lexus Supervisor and salesman, and a good one. His dealership, the largest Lexus dealership in New England, moves an average of 200 new cars per month.  In order to sell this many luxury vehicles in one month it should be obvious that John and his fellow salespeople know exactly what they are doing. But selling cars is not John’s first love or only talent. He is also a licensed minister in Southern New England. As a bi-vocational pastor, he has served in ministry in the North End of Boston, Belmont, Massachusetts and also in the town of Brookline.

John’s Wednesday night Bible study is attended by 6 to 10 people and meets in a home in the local community. This is a comfortable arrangement that easily fits John’s unique way of running a weekly class. In most churches the adult Sunday school class is a lecture by the teacher, interrupted occasionally by a raised hand asking a question. In Barstow’s class there is no need for raised hands or any kind of formality. If you have something to say—say it. And if someone else wants to jump on what you said—then jump. And if a third person wants to stick in his two-cents—well that’s fine. And if these interruptions happen every 10 minutes or so—that’s also fine.

John allows this discussion between members of the group to continue for three, maybe four minutes, and when he senses there is no more to be gained gently breaks in with, “Well, OK, now lets get back to the point we were on,” or something similar. The others then dutifully fall back into line and the class moves on.

The value of this format should be obvious. Members of the group, instead of being silent students, can now become positive participants. In the course of those three or four minutes, if someone wants to throw in some funny remark, even that’s okay. During a class that lasts about two hours, John has developed a system that resembles a large family sitting around the dinner table where everyone feels free to break in and comment on the topic of the moment.

One recent example: In discussing Mark 6:1-6, the issue of Jesus’ brothers and sisters arose. One person of Roman Catholic background said, “Well, the Catholic Church says these people were really cousins because Mary had no other children.”

Immediately someone else broke in with, “Well that’s a bit of a stretch; you can’t prove that.” The first man replied, “I don’t think it’s so hard to conceive of that really being the case. If you remember that television show “The Sopranos,” it seems that everyone these people knew were some kind of cousin.” The second man replied, “You can’t use the example of 21st century gangsters to solve a Jewish situation of two thousand years ago.”

At this point a woman in her upper eighties said from the far end of the table, “Why are we talking about all these crooks and thieves when we’re reading the Bible?” This comment provoked a laugh from one fellow that quickly became infectious, and soon everyone was having a good laugh. The woman did not mind once the reaction was explained, and then John Barstow tightened his hand on the steering wheel and we drove on to discuss the proper interpretation of the passage. John went back to the original Greek, mentioned that the Greek words for cousins and brothers are completely different, and with this explanation brought forth the proper understanding of the text. In the space of a few minutes we had a mini-debate between two members of the class, a good laugh for everyone, and the accurate explanation of a controversial verse of Scripture.

This method of teaching works. The atmosphere is extremely relaxed, and as the saying goes “Learning is fun” even when you are not in grade school, but in the final decades of your life. Perhaps it was John’s experience as a Lexus supervisor and salesman that prompted him to run the class in this manner. As a salesman you have to let the customer speak and air his concerns about price, financing, and the specific features and equipment in the vehicle. It’s necessary to know and understand your prospect’s thinking, because you want his buying experience to be a pleasant one. It’s not easy trying to overcome the past stigma associated with car salesmen, so in order to sell the car you first have to sell yourself to the customer. Rarely would you buy something from someone you did not like, and this is especially true when dealing with something that may cost in the vicinity of $50,000.

This is also true when presenting the Gospel message to those who feel Christian institutions are filled with hypocrites and that God is distant and unreachable. A good Bible teacher must be untouched by this. Teaching is most effective in an atmosphere of two-way conversation, whether educating customers on the finer points of a Lexus, or answering a question about the Bible that could bring a soul out of darkness. John Barstow has developed a style of teaching and handling a class that might easily resemble a meeting of the early church in its infancy, when a room in someone’s house and a copy of one of Paul’s early epistles was–apart from their own spiritual insight–all they had.

About Ralph Filicchia. Search his name on Amazon.com and a few of his books should pop up.