Experts have long warned that Healthcare.gov, the federal insurance-exchange website, lacks the necessary security measures to protect consumers’ privacy, and now a new vulnerability has been uncovered. According to the Associated Press, “dozens” of third-party websites track Healthcare.gov users’ activity — including some very personal details — potentially enabling them to profit from such data. 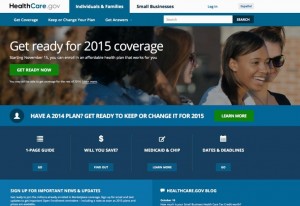 The AP asked Catchpoint Systems, which specializes in Internet performance testing and monitoring, to evaluate Healthcare.gov’s performance. The company “came across some 50 third-party connections embedded on HealthCare.gov,” the news service reported. “They attracted attention because such connections can slow down websites. They work in the background, unseen to most consumers.”

This was no mere fluke. The AP ran its own test and found that “in one 10-minute visit to HealthCare.gov recently, dozens of websites were accessed behind the scenes. They included Google’s data-analytics service, Twitter, Facebook and a host of online advertising providers.” Some of these outside websites “can even glean details such as your age, income, ZIP code, whether you smoke or if you are pregnant.”

“Anything that is health-related is something very private,” Catchpoint CEO Mehdi Daoudi told the AP. “Personally, I look at this, and I am on a government website, and I don’t know what is going on between the government and Facebook, and Google, and Twitter. Why is that there?”

The Obama administration maintains that such third-party connections exist to help the government improve the website but that consumers needn’t be concerned that these outside parties might use this information for personal gain.