Here’s how the government manipulated the July jobs report 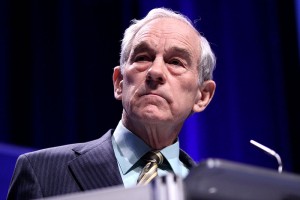 August 1st brought the release of a bombshell jobs report, with headlines exclaiming that the US economy added over 250,000 jobs in July, far in excess of any forecasts. The reality was far more grim…

Those “jobs” weren’t actually created by businesses – they were created by the statisticians who compiled the numbers, through the process of “seasonal adjustment.”

That’s a bit of statistical magic that the government likes to pull out of its hat when the real data isn’t very flattering. It’s done with GDP, it’s done with job numbers, and similar manipulation is done with government inflation figures to keep them lower than actual price increases. In reality there are a million fewer people with jobs this month than last month, but the magic of seasonal adjustment turns that into a gain of 255,000.

Delving further into the jobs report, we see that many of the jobs that were supposedly created were jobs in government and health care. Government jobs, of course, are paid for by siphoning money away from taxpayers. And health care jobs are increasingly created solely because of the ever-growing mandates of Obamacare. Other major sources of job growth were temp jobs and leisure & hospitality (i.e. waiters and bartenders). These aren’t long-lasting jobs that will contribute to economic growth, they are mostly just jobs that cater to the tastes of the well-to-do who continue to benefit from the Federal Reserve’s easy monetary policy.

As New York, San Francisco, Washington, DC, and other political and financial hubs continue to benefit from trillions of dollars of debt-financed government spending and the trillions more dollars the Federal Reserve has created from nothing, the politicians, lobbyists, and bankers who receive that money demand ever more exotic food, drink, and entertainment. The jobs that arise to satisfy that demand, we are supposed to believe, are the backbone of the job market “recovery.” Yeah, right.

Eight years after the worst part of the last financial crisis, the US economy still has not fully recovered. The number of people employed may have finally begun to grow past its precrisis peak but the quality of jobs has deteriorated, and the number of people who are still looking for jobs or who have even given up looking for jobs and dropped out of the labor force still numbers in the millions and shows no signs of shrinking.

Quantitative easing, zero-percent or negative interest rates, and other inflationary central bank policies cannot lead to lasting job creation or economic growth. Try telling that to the central bankers, though. They only care about aggregate numbers, not what is actually behind those aggregates. A castle built of sand is the same to them as a castle built of stone.

Until the notion that wealth and prosperity can come from a printing press is eradicated from the thinking of policymakers, economies around the world will remain mired in this malaise. Jobs are created by meeting consumer demand. If you provide the goods and services that customers want at the price they want, your business will grow, jobs will be created, and everyone in society will be better off.

If, on the other hand, jobs are created through government money creation and heavily protectionist laws and regulations, those jobs will not meet the needs of consumers, will add nothing to productivity, and ultimately will not last. When politicians pursue policies that incentivize jobs like the latter to those of the former, economic stagnation is the unfortunate but predictable result.

Learn more at The Ron Paul Institute for Peace and Prosperity.