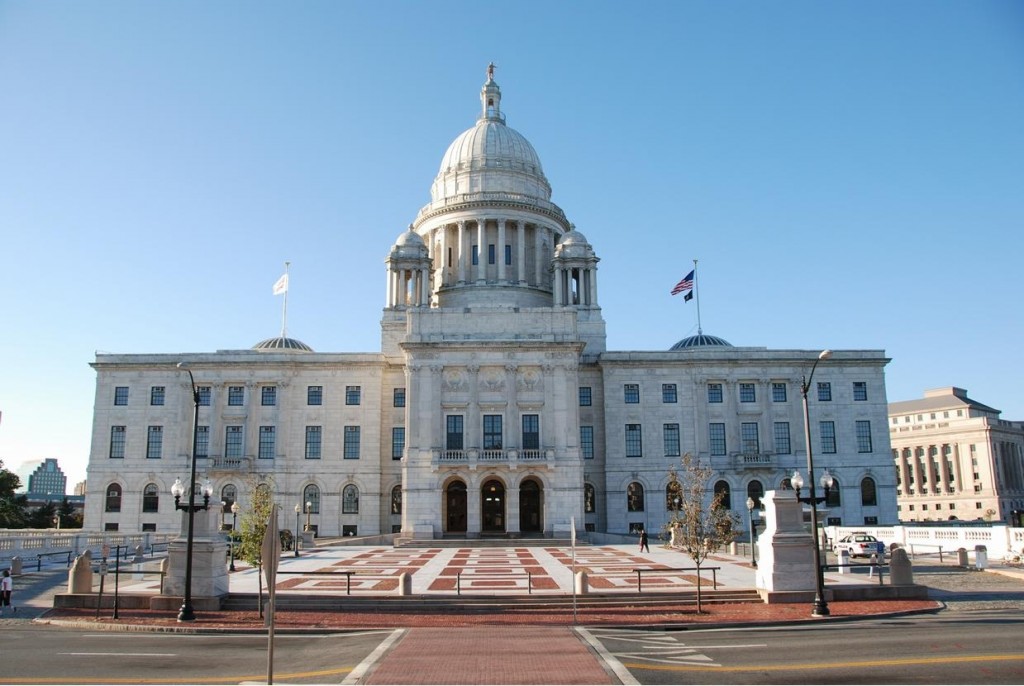 “Now the God of patience and consolation grant you to be likeminded one toward another according to Christ Jesus: That ye may with one mind and one mouth glorify God, even the Father of our Lord Jesus Christ.” Romans 15:5,6

Unaccustomed as they are to lending themselves to unanimity of either purpose or resolve, rooms at the RI State House are likely to be the site of often contentious committee hearings and votes. However, at a recent gathering in Room 101 an unusual group of about forty likeminded activist-type individuals met to explore how, by working together, they might achieve something far greater than any of them could do by working alone. 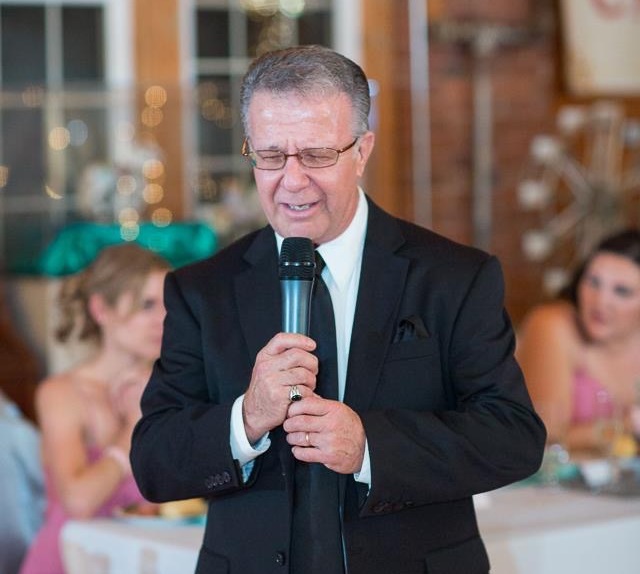 Held on March 29th, the two-hour meeting was the brainchild of Pastor David Aucoin, Abundant Life Assembly of God in Swansea, MA. For several months, Pastor Aucoin had been considering the idea of establishing a Rhode Island Family Institute. It would be similar to and networked in New England with already established Family policy groups in CT, MA, NH, and ME in association with the national resources of Focus on the Family in Colorado, Family Research Council in Washington, D. C., and Alliance Defending Freedom in Arizona. Forty states now have Family Institutes (or Family Policy Councils, as they are sometimes called.) The concept was originally envisioned by Dr. James Dobson, past President of the prominent national organization Focus on the Family (FoF). Subsequently, James Daley succeeded Dobson as President.

With the goal of promoting protection, preservation, and advancement of Christian family values here in Rhode Island, Pastor Aucoin determined that since Focus on the Family had already produced a successful template for bringing people together across lines of Church Denominations, the Business Community, and Government representatives, it would be profitable to learn how they were able to accomplish it. With that goal in mind, Pastor Aucoin invited Paul Weber to come to Providence and speak to the select group he would assemble.

Weber, currently President and CEO of the Family Policy Alliance, a division of the Colorado-based Focus on the Family, has a 12-year old daughter and four sons (all Eagle Scouts) aged 18, 20, 22, and 24. His varied background has uniquely prepared him for his present role; he has opened and run multiple franchise restaurants, been involved in tech sales, worked with attorneys across the globe, and served as an Executive for fourteen years with Alliance Defending Freedom.

Aided by a video presentation that spelled out the big picture with graphics, Weber pointed out that good biblical citizenship will change our culture. Biblical citizens who together “stand firm and take action” (Daniel 11:32B) will drive out the darkness in each community and spread the light of hope. Weber described the mission of FoF’s Family Policy Alliance: advancing biblical citizenship, equipping and electing statesmen, promoting policy, and serving an effective alliance, all committed to a common vision – a nation where God is honored, families thrive, religious freedom flourishes, and life is cherished. 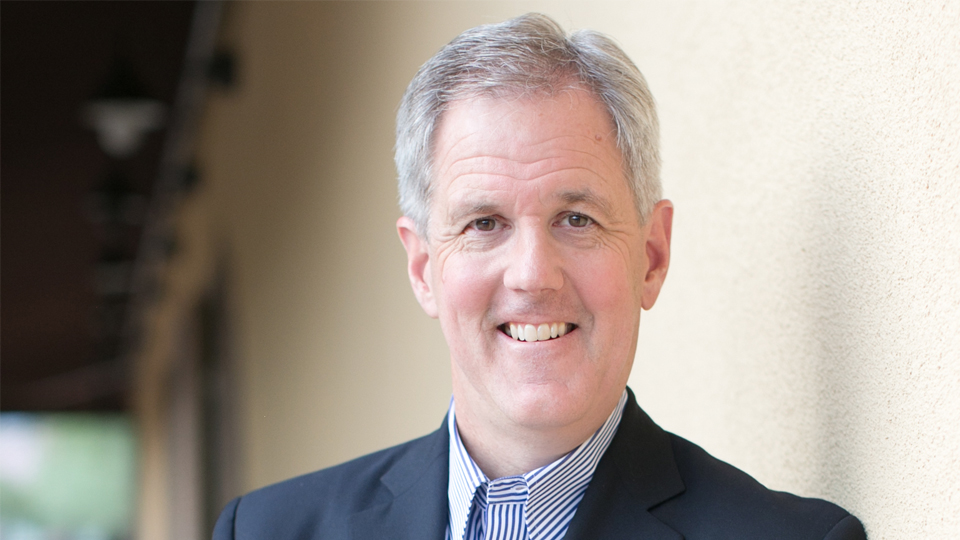 Referring to John Adams’ statement that without a common morality and conviction, the Constitution is broken, Weber laid out the problem by stating that the body of Christ is responsible for training in morality. He stressed the importance of focusing first on the body of Christ, then the Legislature. He believes it is essential that the Church, Business, and Legislature work together. Citing the recent impact of gay activism, Weber showed how it is possible that just 2% of our population working together can have power over the other 98%. He shared statistics that between 9% and 11% of our population are adherents, i. e. orthodox followers of Christ, and stated his belief that doctrinal differences shouldn’t stop us from working together. Instead, he is convinced that when we engage the body of Christ with the truth of Scripture and grace, we win with love, truth, grace, and winsomeness. We must strengthen our nuclear families and our families of believers so that Christians can undertake their duty to engage the culture.

Weber proceeded to spell out the essential requirement for training to be given to Statesmen (defined as “young Legislators willing to serve, regardless of personal consequences”), Ground teams, Advocates, and Ministry Partners. At FoF’s Statesmen Academy, 40 men and women come to CO each July to learn how to convey truth day in, day out. There, Christian Statesmen, Advocates, and Ministry Partners become trained and equipped to carry the vision on the ground. The vision, he continued, needs Strategic Support teams as well as On-the-Ground teams with distinct but complementary roles. 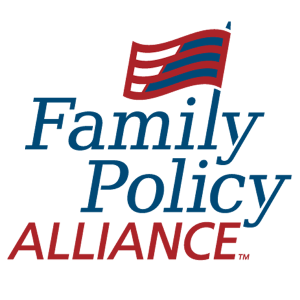 The idea of having trained, equipped citizens working as Strategic Support to provide research, resources, and model policy to Directors who are, meanwhile, engaging with Media, Statesmen, and the Faith community was becoming an intriguing, positive option to those assembled in Room 101 that afternoon. Several are battle-weary warriors whose considerable efforts, in some cases spanning many years, have nevertheless been continued courageously as they have doggedly tried to make a difference. But without adequate financial resources or community understanding and support, many good Christian patriots eventually become discouraged and ultimately lose their initial enthusiasm. It isn’t that people do not care about what happens here in Rhode Island. Plenty of ad-hoc groups have worked tirelessly for decades to elevate biblical values here, but have run into brick walls making it extremely challenging to bridge the typical divisions and disagreements that often arise, for example, among various religious denominations, competing business interests, educational groups at odds with one another, and partisan government representatives.

But now it was starting to sound doable as Weber laid out a reasonable plan of action. His assurance that these Family policy groups partnering together are already succeeding in forty other states came as great encouragement to his listeners. As he finished his remarks, one could feel the palpable excitement rising as questions from the audience revealed newly rekindled hopes. Obviously, people had been paying rapt attention despite the fairly complex subject matter. And evidently the process of letting go of old discouragements in exchange for optimism re: finding new, workable solutions had already begun. Weber assured all that the national Family Policy Alliance would be eager to assist in forming a RI Family Institute, and that its considerable administrative and other resources could be a valuable asset.

Those in attendance now started imagining taking advantage of the many possibilities that could become available to them: undergoing training at the annual Statesmen Academy; participating on Ground Teams by providing their experienced intelligence at conferences as small-group leaders and as campaign volunteers in their communities; being Ministry Partners who could help to fuel the financial needs of the alliances; helping to fortify the front lines with a combination of Strategic Support and Ground teams first trained, then refined with on-the-job experience; and sharing valuable resources. These would include Legal; Human Resources; Accounting, Payroll and Tax filing; Technology and Database; Development; Donation Processing; Relationship Services; Marketing and Communications; Research; and Events. By working together, state groups could maximize efficiency by commanding better prices, sharing costs, and reducing overhead. It would not involve reinventing the wheel or starting from scratch.

Andrew Beckwith, Executive Director of the MA Family Institute, was also in attendance and spoke briefly. As Focus on the Family’s local MA associate, Beckwith affirmed Weber’s assessment that darkness is increasing, (“bathroom” bills, e. g.) and agreed that the profound brokenness in our culture must be addressed. He explained that the MA Family Institute, now 26 years old, researches proposed MA bills, determines which are a threat to the family and/or may jeopardize churches, and equips citizens to be advocates and a force for strengthening the family and Judeo-Christian values: life, marriage, and defending people attacked for their faith. Additional assurance came from Peter Wolfgang, Executive Director of Family Institute of CT, established for about 15 years.

Catching the vision is important in order for Christians to become a spark that unleashes biblical citizenship. As Dietrich Bonhoeffer, the German pastor and theologian who was hung two weeks before Germany’s liberation, once said …”It is the church’s role to help the state be the state…the state which endangers the Christian proclamation negates itself.”

In conclusion, Weber urged his audience to Pray, Give, Connect, and Engage. The next step is to secure adequate funding. He projected that $150,000 is needed immediately for hiring an 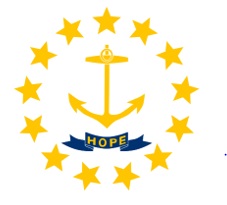 Executive Director. This would cover salary, medical benefits, and certain start-up costs. Hopefully RI businesses, recognizing the benefit to themselves of stepping up to the plate to help strengthen families, will dig deep at this critical juncture; Pastor Aucoin assures that any need for anonymity will be respected to avoid their becoming targets. Aucoin is currently busy coordinating Weber’s return to RI for two weeks beginning June 12th. Individual appointments with Weber may be made by contacting Aucoin at daucoin1952@gmail.com or by phoning his church office at 508/379-0780. Stating “The RI Family Institute will be reaching out and linking arms with Evangelicals, Roman Catholics, the Business Community, and Government — any who share our Christian Family values,” Aucoin added that ultimately, prayer support as much as anything else is being coveted for this endeavor, which purposes to work faithfully alongside many other well-established groups already supporting Rhode Island families.

“Finally, my brethren, be strong in the Lord, and in the power of his might Put on the whole armor of God, that ye may be able to stand against the wiles of the devil. For we wrestle not against flesh and blood, but against principalities, against powers, against the rulers of the darkness of this world, against spiritual wickedness in high places. Wherefore take unto you the whole armour of God, that ye may be able to withstand in the evil day, and having done all, to stand.” Ephesians 6:10-13.