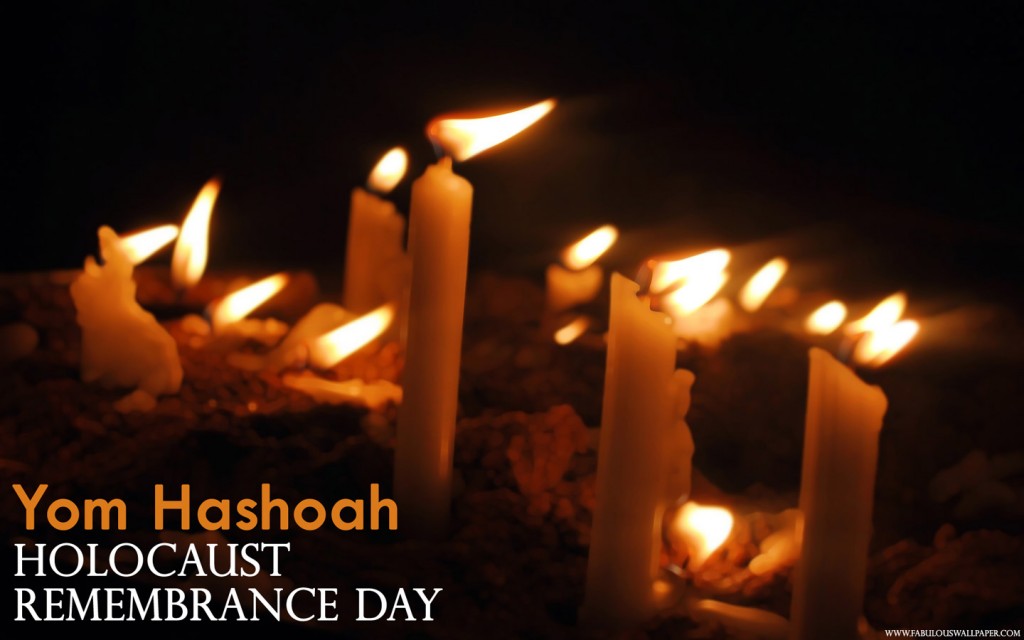 As I walked up the hill to Temple Emanu-El in Providence, as a Bible believing Christian, I was reminded that one day I will walk up the mountain in Jerusalem to worship the Jewish Messiah.

As we, the Jubilee Sisters, entered the massive double doors, we were greeted warmly by May-Ronny Zeidman, Executive Director of the Holocaust Education Center in the Sandra Bornstein Community Center. I had always wanted to see the inside of this beautiful and massive temple…and here we were.

As we settled into the pew, I looked around and saw many Jewish people who had come to honor their family members murdered during the Holocaust or had survived that horrific event.  I felt honored to be there.

Present and sitting up front was a Rabbi, an Episcopal Bishop of RI and a Catholic priest, along with the guest speaker, Joe Fab, the producer and director of the documentary, “Paper Clips.”

On Monday night the Jubilee Sisters had viewed “Paper Clips,” a movie showing what one small town high school in the hills of Tennessee had done to counter bigotry and anti-semitism.  After hearing about the Holocaust, the students wanted to honor the 6 million plus victims of the Holocaust but didn’t know how.  One student raised his hand and asked the question, “What does 6 million plus look like?”  (It’s too huge to even imagine.)  From that one question there began an incredible project by the students that not only provided a Holocaust Remembrance site on the school grounds but has touched others around the world to make the journey to this small southern town to see how students addressed intolerance and hatred towards the Jews and others.

We came not only to hear Joe Fab but to honor the survivors and their families. This is an annual RI interfaith commemoration of the Holocaust.  Joe showed a trailer of the movie and in his warm and moving way excellently spoke of his experience not only with the staff but students of this Tennessee school.  I believe “Paper Clips” should be shown in every school and university in Rhode Island on Holocaust Remembrance Day or whenever Tolerance is addressed by our teachers.

One experience that impressed me the most was seeing the Holocaust survivors and those who had family members murdered in the Nazi camps.  They were asked to stand in the middle aisle and speak the family names of those who perished as a candle was lit honoring their lives.

I was reminded of the statement “Never Again,” used by Israeli Prime Minister Benjamin Netanyahu saying, “I promise, as head of the Jewish state, that never again will we allow the hand of evil to sever the life of our people and our state.”  I left thinking of what horrible atrocities mankind does to mankind. 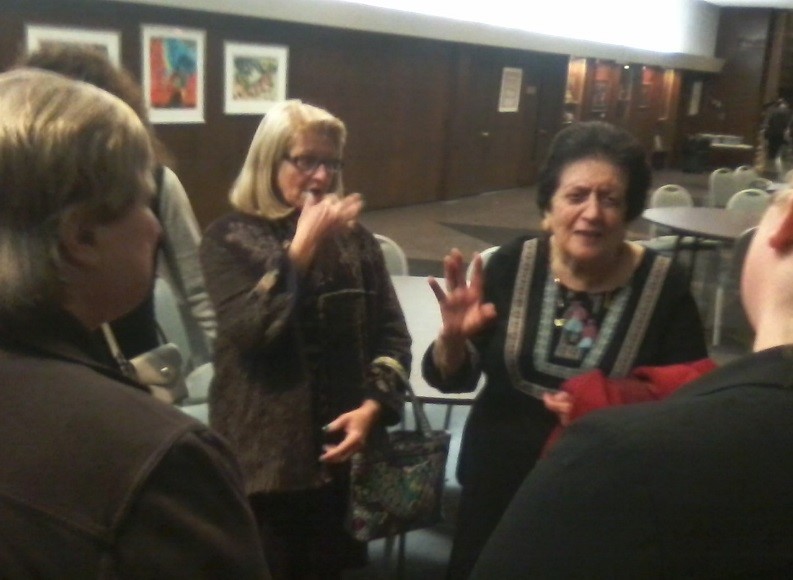 The Jubilee Sisters were also excited to meet with Alice Eichenbaum, a Holocaust survivor, again. She had previously spoken at one of our regular meetings last year, and we connected with her then on a very deep emotional level. At this Remembrance Day observance, she presented the “Never Again” award to Arthur Robbins, who along with Alice’s late husband Ray, was one of the founders of what is now the Sandra Bornstein Holocaust Education Center. We had a chance after the observance to chat as a group with Alice again, and are already making arrangements for her second visit with the Jubilee Sisters. Alice says, “I always have more stories to tell!”.

So, we stand hand-in-hand with our Jewish friends against anti-semitism in this state, founded by Roger Williams for freedom against intolerance in any shape or form.  As Dennis Prager often reminds us, “First they come for the Jews and then the Christians.”  And we know that the day America abandons Israel will be the beginning of the end of America as we know it because of the blessing given to Abraham in Genesis 12:3 “And I will bless them that bless thee, and curse him that curseth thee: and in thee shall all families of the earth be blessed.”