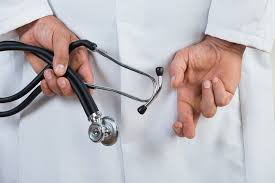 (NaturalHealth365) One of the biggest guilt-inducing tactics used by the pharmaceutical industry and the U.S. government is to convince people to get vaccines because it’s a public health issue. “It takes a community to provide immunity,” according to at least one non-profit organization committed to vaccinating as many Americans as possible.

But is this theory of ‘community immunity’ – aka herd immunity – actually based on any sound science? I assure you, especially if you’re new to this information, the reality of the situation is shocking.

How public health ‘experts’ deceive the general public about vaccines

The non-profit organization known as Every Child By Two (and others like it) bases a large part of their message off this herd immunity or “community immunity” concept. The theory goes that by vaccinating yourself and your children, you’re protecting the community-at-large by preventing the spread of “vaccine-preventable” diseases.

Every Child By Two claims that in order to prevent the spread of something like measles, there needs to be a vaccination threshold of 95% – that is, 95 out of every 100 people must be vaccinated in order for herd immunity to work.

But here’s why you can throw this idea out the window: According to data directly from the U.S. Centers for Disease Control and Prevention (CDC), “Many adults in the United States have not received recommended vaccinations.” Many? Try less than 50% of American adults in most cases!

So somehow, despite the fact that the majority of US adults aren’t “properly” vaccinated against most “vaccine-preventable” diseases, and despite the fact we are well below the threshold required for so-called herd immunity, we STILL aren’t seeing an epidemic of measles, hepatitis, tetanus, diphtheria, and pertussis. Hmm. I guess the old saying is true: numbers don’t lie.

Oh, there’s also one important fact Every Child By Two hopes you overlook: they’re directly funded by corrupt entities like, the CDC and billion dollar pharmaceutical companies like GlaxoSmithKline, Merck, and Sanofi Pasteur.

Questioning the validity and transparency of a message? Just follow the money. Vaccine ‘effectiveness’ does NOT last a lifetime. What does that mean for us?

Another factor destroying the herd immunity myth is that most vaccines don’t last indefinitely, even with booster shots – and we’ll let alone the fact that their effectiveness is often questionable to begin with.

What this means is that a vaccine’s protective ability wanes over time – the “duration of protection” can be as short as 4 to 6 years (e.g., pertussis). Even the MMR vaccine fails to offer lifelong protection.

Why does this matter? Because an adult who received vaccines as a child 20+ years ago likely has no more immunity against the diseases for which they were vaccinated in the first place compared to an unvaccinated person.

This reality of limited “duration of vaccine protection” suggests that FAR fewer Americans are “properly” vaccinated than what’s being voluntarily reported by the CDC. And yet: still public health concerns about scary epidemics is very low in the U.S.

The truth is, vaccines simply aren’t the panacea that drug companies and public health officials (who’s coffers are being filled by big pharma) would like you to believe. Of course, community health and safety should always be a top priority.