How the transgender directive could affect Christian education

(WNS)–In the aftermath of President Barack Obama’s transgender directive to schools, Christian K-12 schools are preparing for how the ruling could affect them. 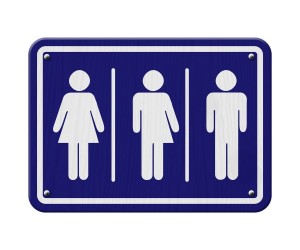 Tom Cathey, ACSI’s director for legal/legislative issues, and Jeff Blamer, CSI’s vice president of member affairs, do not expect the policies to cause families to leave public schools for Christian schools in large numbers. Both organizations encouraged schools to review and clarify their mission statements and policies to include the definition of marriage, the roles of men and women, and biological identity.

A May 13 letter from the Obama administration said public schools that don’t comply with the transgender directive will lose federal education funding.

The federal directive came amid dueling lawsuits between North Carolina and the Justice Department over a state law that protects businesses that base access to restrooms and locker rooms on biology, rather than gender identity.

This is not a new development in some states. Before the beginning of the 2015-2016 academic year, the state athletic associations in Minnesota, South Dakota, and Florida created guidelines allowing students to self-identify their gender and then participate in the sports of that gender.

The transgender directive could also affect the federal education funding some Christian schools receive for specific programs. Both ACSI and CSI do not believe funding cuts will occur in the near future, however.

In Prinsburg, Minn., Central Minnesota Christian School, a CSI member, receives federal funds for its hot lunch and Title I programs. Superintendent Pete Van Der Puy said nothing has happened yet, but the school might have to prepare to lose federal funding to stand on its religious beliefs about gender.

If that is the case, Van Der Puy said the school’s community would supplement the lost funding.

“I think our community would come through because we stood by our principles,” he said.

Terry Campbell, superintendent of Lakeland Christian Academy in Lewisville, Texas, worries about the possibility of his school losing its secular academic accreditation. The school is dually accredited through ACSI and AdvancED, a national accreditation organization.

Campbell wonders what will happen to his school’s accreditation if the federal government pressures organizations like AdvancED to accredit only schools in compliance with the new interpretation of Title IX.

Cathey expressed similar concern, but said because of the growing number of homeschoolers in the country, colleges have made the types of credits they accept more flexible.

At this point, Campbell and Van Der Puy also have not seen an increase in their schools’ enrollment for next year due to the transgender directive.

Blamer and Cathey both said their organizations do not mandate what policies their member schools adopt, but simply provide policy guidance.

“We don’t have control or power over our schools,” Cathey said.

The only problem ACSI would have with their member schools’ policies, Cathey said, would be if they hired staff whose sexual orientation or behavior did not comply with ACSI’s statement of faith. Cathey said ACSI’s Christian schools would not lose their ACSI membership if they accommodated transgender students in accordance with the transgender directive.