Imprisoned American Pastor Writes Son for his Birthday, “My Chains are Keeping me from You.”

WASHINGTON D.C. (ANS) – March 17th was Jacob Abedini’s 7th birthday. According to a story by Jordan Sekulow of the American Center for Law and Justice (ACLJ), like lots of little boys, he sent out invitations to his birthday party, including to his dad, imprisoned American Pastor Saeed Abedini. Tragically, Abedini remains imprisoned in Iran merely because of his Christian faith.

Recently, when one of his family members in Iran was permitted to visit him in prison, Abedini was able to send a heartfelt, and at the same time heartbreaking, letter to his son. He told his son that it “breaks my heart” that he can’t be there for his son’s birthday. He wrote to Jacob, “My chains are keeping me from you.”

Earlier this year, President Obama told Jacob that he would “try” to bring Abedini home for his birthday. Sadly, that hasn’t happened.

On March 15th, ACLJ Chief Counsel Jay Sekulow testified before the U.S. Senate on Abedini’s case and the plight of persecuted Christians across the globe. At that hearing, the Obama Administration’s Ambassador at Large for International Religious Freedom, David Saperstein, reiterated that the State Department remains committed to bring Abedini home. But right now, Abedini remains imprisoned. The ACLJ said he is still suffering from injuries sustained in prison beatings. And now he’s had to break the news to his son that he will be forced to miss yet another birthday. It’s devastating. Yet through his trials, Abedini still has hope. 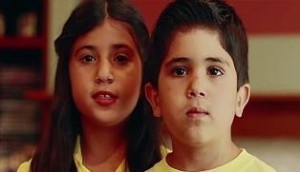 Here is a portion of Abedini’s letter to his son. “Daddy loves you so much. I long to be there for your birthday and to make this reunion happen, but my chains are keeping me from you. I want you to know that although I might NOT BE THERE and you might feel my absence, there is One who always IS. One who is always there with you and who can meet all of your needs under any condition. I might not be there on your birthday and that breaks my heart as your father. But I know the One who is there on your birthday who is there for you, and cares for you more than anyone could imagine. HE IS THERE with you and His name is I AM WHO I AM.”

ACLJ commented, “Pastor Saeed is a loving husband and an adoring father. He wants nothing more than to be there for his son, a son who is being forced to grow up without a father because he believes in Jesus Christ.”

ACLJ said that every time someone speaks up for Abedini, it helps keep him alive. Each time the President or someone from the State Department demands his freedom, it gives hope. To help the ACLJ continue fighting for Abedini, the group is asking that those interested add their names to a petition for his freedom.