By Jeremy Reynalds
WASHINGTON D.C. (ANS) — The fight for American Pastor Saeed Abedini’s freedom is at a critical point.

Writing an article for the American Center for Law and Justice (ACLJ), Jordan Sekulow said, “We believe that this is a critical opportunity for President Obama and his Administration to directly and firmly demand the release of Pastor Saeed.”The Obama Administration is in historic talks with Iran over its nuclear program. At no time in the past 35 years has the U.S. had more direct contact with Iran. The Nov. 24 deadline for these nuclear negotiations is quickly approaching.

He added, “Just last week, we witnessed the extraordinary lengths this Administration went to in order to free Christian missionary Kenneth Bae and other Americans. We’re grateful for the President’s actions, but now it’s time to make Pastor Saeed a priority – to bring him home.” 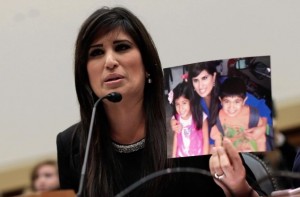 The ACLJ said while Abedini continues to suffer from internal injuries and intense pain from beatings he’s received over the course of more than two years of harsh imprisonment, he has yet to receive badly needed medical care.

Sekulow said while Abedini shouldn ‘t be a direct part of any potential deal with Iran, these negotiations require mutual trust.

Sekulow continued, “Pastor Saeed’s freedom represents an opportunity for Iran to build that trust. The Obama Administration should not accept anything less.”

The ACLJ said for Iran to be taken seriously on the world stage it must show that it’s capable of acting in good faith.

Sekulow said, “The release of Pastor Saeed … would do just that. By freeing Pastor Saeed, Iran could generate goodwill and take an important step forward to show that it is capable of acting in good faith.”

The ACLJ said that Abedini’s wife Naghmeh is imploring President Obama to bring her husband home.

According to the ACLJ she said, “Once again, the United States is at the bargaining table with Iran. There is much at stake as both countries try to finalize a nuclear deal. With the deadline fast approaching, now is the time for the U.S. to demand the release of my husband before entering any deal with Iran.”

Naghmeh Abed ini said while her family is “is incredibly grateful” for all of the statements and discussions from the U.S. government, there is a painful reality the family has to grapple with daily.

“Saeed continues to suffer in the Iranian prison because of his Christian faith.”

She added, “The reality is that there are two children who in their desperation to hold on to memories of their daddy have paged through photo albums so many times that the albums are falling apart. The reality is that our family has been torn apart for the last two and a half years.”

Naghmeh Abedini said while Nov. 24 is a critical deadline for nuclear talks, it is also a crucial time for her husband.

The ACLJ reported she said the date is an important opportunity to finally secure his freedom.

She added, “We cannot afford to miss this opportunity for the United States to demand my husband’s release. Simply put: there should be no deal with Iran without the release of Saeed. He has been wrongfully imprisoned long enough. It is time to bring my husband, my children’s father, and a U.S. citizen home.”