Increase in Psych Drugs Correlates to Increase in Suicides in the U.S.

By Citizens Commission on Human Rights

Coinciding with the recent tragic suicides of celebrities Anthony Bourdain and Kate Spade, the U.S. Centers for Disease Control and Prevention (CDC) reported the suicide rate in the U.S. jumped 30 percent from 2000 to 2016.[1]

In light of such high-profile suicides, there are, naturally, calls for “more effective treatments” for depression. 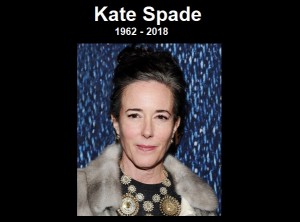 However, Citizens Commission on Human Rights (CCHR) International, a mental health industry watchdog, warns that these calls can include demands for more antidepressants without investigating how these and other treatments may be a potential cause of, or contributing factor in, suicides.

CCHR cited how psychiatric drug prescriptions, including sedatives, antidepressants, psycho-stimulants and antipsychotics, increased 117 percent from 1999 to 2013 and, during that same time period, the CDC had reported the suicide rate had increased 24 percent.[2]

Within three years, that figure is now 30 percent. A CDC survey also found the number of Americans who took an antidepressant over the past month — despite 49 official psychiatric drug warnings of the adverse effects of self-harm, suicide or suicidal thoughts[3] — rose by 65 percent between 1999 and 2014.[4]

Fashion designer Ms. Spade was taking medication for her depression, while it’s unknown whether chef-turned-TV-host Mr. Bourdain was taking any psychotropic medication, although he was seeing a therapist in 2016 that featured in scenes of his show “Parts Unknown.”

Whether or not there was a psychotropic drug involved, it should be incumbent upon health authorities in light of their tragedies, and with any suicide, to investigate if and what treatments were administered, CCHR says. This includes the potential for adverse withdrawal effects if a person stops taking psychotropic drugs, for example.

CCHR says such an investigation is needed because the suicide rate continues to climb despite 43 million Americans taking antidepressants.[5]

The suicide doesn’t have to be from a drug overdose; CCHR is looking at what chemically may contribute to a person committing self-harm. Often prescribed to treat depression, a 2018 study published in Frontiers in Psychiatry concluded that “antidepressants are largely ineffective and potentially harmful.”

Lead researcher Michael P. Hengartner at the Zurich University of Applied Sciences in Switzerland conducted a thorough literature review focusing on randomized, controlled trials — the gold standard of evidence-based recommendation. Hengartner cited evidence that the likelihood of relapse is also correlated with duration of treatment. That is, the more one takes an antidepressant, the likelier one is to have another episode of depression.

For those taking antidepressants under the age of 24, a black box FDA label warning of suicidal side effects from the use of antidepressants is included. But a 2016 review of clinical trial data published by the Royal Society of Medicine determined “antidepressants double the occurrence of events in adult healthy volunteers that can lead to suicide and violence.”[6]

Studies also link psychiatric drug withdrawal effects to suicide. Post-withdrawal symptoms from antidepressants “may last several months to years” and include disturbed mood, emotional lability [excessive emotional reactions and frequent mood changes] and irritability, according to a study in Psychotherapy and Psychosomatics in 2012.[7]

British psychiatrist Joanna Moncrieff and others reported in The Journal of Psychoactive Drugs, “It is now accepted that all major classes of psychiatric medication produce distinctive withdrawal effects which mostly reflect their pharmacological activity.”[8]

After 30 years of the new “miracle” SSRI antidepressants, psychiatrists now say that for at least a third of those taking them, the drugs don’t “work.”

In one study, psychiatrists admitted the failure rate to be as high as 46 percent. Research confirms that antidepressants may not be effective at all.

In a 2014 study, Irving Kirsh, associate director of the Program in Placebo Studies at Harvard Medical School, stated, “analyses of the published data and the unpublished data that were hidden by drug companies reveals that most (if not all) of the benefits [of antidepressants] are due to the placebo effect.”[9]

In February 2018, a study published in Lancet, asserting the opposite, had been conducted by researchers with strong financial ties to the pharmaceutical industry, CCHR reports.

Of the 522 trials in their analysis, 409 were funded by pharmaceutical companies.

Because of antidepressant ineffectiveness, today, an antipsychotic — normally limited to treat severe psychosis or “schizophrenia”— can be prescribed as an “add-on” to the antidepressant — mindless of any adverse chemical reaction this may cause.

“In terms of quality of life and how well people were functioning, there was really not much evidence that these drugs did anything,” said Spielmans.[10]

A 2017 Journal of Clinical Psychiatry study found non-response rates with first- and second-line antipsychotics as high as 25% and 83%, respectively.