Invitation to the Holocaust Remembrance Day 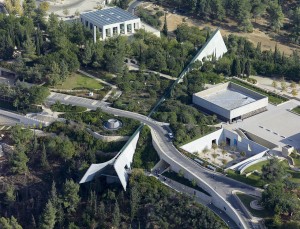 This year, for the very first time, the Evangelical community has been invited to participate in the annual Holocaust Remembrance Day (in Hebrew, “Yom HaShoah”), April 11, here in Rhode Island.

The commemoration will consist of an evening interfaith memorial service at Temple Emanu-El and a speaker in the schools, as well as a free showing of the well-known Holocaust film “Paper Clips”. The RI Coalition for Israel, tells us, Joe Fab, who wrote the script for the movie “PaperClips,” will be the featured speaker at the Commemoration event, which will take place at Temple Emanu-El on Wednesday, April 11 at 7pm.

“Paper Clips” is about a project initiated in a High School in a small, fairly insular and isolated town in Tennessee, where the teachers wanted the students to learn about the Holocaust and bigotry. They set out to collect 6 million paper clips to concretize how big a number that is. The project became an enormous undertaking, with amazing results. The movie will be shown at the Alliance (JCC) Auditorium on Wednesday April 4 at 1pm and 7pm.

Mr. Fab will be in town on Tuesday and Wednesday and is available to speak to school groups on those two days. He is eager to connect with students – and adults! – to spread the message of the work to counter racism, bigotry and anti-Semitism which he has been doing, in that film and others. If there are schools in your community which would welcome a visit from Joe on either of those two days, April 10 or 11, please contact May-Ronny Zeidman at The Sandra Borenstein Holocaust Education Center.

We appreciate the Jewish community’s recognition of RICI’s mission of supporting Israel and the Jewish people, and particularly take note of the growing acceptance of Evangelicals as an important ally.

While some liberal American Jewish communities mistakenly embrace Hamas and BDS, here they are learning to embrace Evangelicals and politically conservative Jews as their true allies.

Caption:  Yad Vashem (Hebrew: יָד וַשֵׁם; literally, “a monument and a name”) is Israel’s official memorial to the victims of the Holocaust.