ISIS is losing the ground war but winning online

“Just as we use technology throughout the course of our day, so do the bad guys,” Michael Steinbach, executive assistant director of the FBI’s National Security Branch, told a Senate subcommittee on July 6. “Many foreign terrorist organizations use various forms of digital communication platforms in an effort to reach individuals they believe to be susceptible and sympathetic to their message. But no group has been as successful at drawing people into its message as [ISIS].” 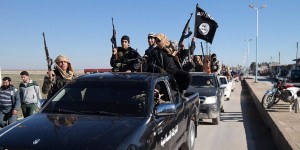 As Americans celebrated their Independence Day last weekend, ISIS was busy killing hundreds around the globe. The international terror organization maintains a wide reach and its attacks continue to grow more violent and more frequent. That’s because ISIS is winning the battle of the internet, a panel of expert witnesses representing multiple government departments told the Senate Homeland Security and Governmental Affairs Subcommittee on Investigations.

When ISIS rose to international attention in 2014, social media sites did little to block terror groups from propagating their messages. Over the last two years, Facebook and Twitter have voluntarily made efforts to enforce their own terms of service to prohibit incitements to terrorism. So far, Twitter has closed more than 100,000 ISIS-linked accounts, and Facebook has actively worked to remove offending users while working on various ways to promote content to counter jihadist propaganda.

But law enforcement agencies are playing catch-up, sifting through millions of social media impressions to figure out what is dangerous to American lives.

Lawmakers are searching for ways to help government departments and private groups to combat the ISIS online narrative.

“There is no room for complacency on this issue. It warrants continuous scrutiny and oversight from Congress as our government’s understanding of the enemy evolves,” said Sen. Rob Portman, R-Ohio. “ISIS has weaponized online propaganda in a new and lethal way.”

Steinbach said the U.S. is winning in key areas in its battle to rid the world of extremists killing in the name of Islam. Of the 10 cities ISIS once held, it now remains in five. Targeted airstrikes and cooperation with the U.S.-led coalition against Islamic State continue to drive out militants from territory across Iraq and Syria. Late last month, Iraq announced ISIS had fled Fallujah after losing to Iraqi forces aided by coalition airstrikes.

But as ISIS loses territory it refocuses on larger attacks abroad.

On Sunday, while thousands filled the streets in Baghdad during celebrations of the Muslim holy month of Ramadan, ISIS fighters blew up a minivan packed with explosives in a crowded area, killing more than 250—the deadliest attack since 2003. And days before, authorities in Turkey blamed the Islamic State for bombing Istanbul’s main airport, killing more than 40 persons.

“As we squeeze [ISIS] in space in Syria and Iraq they seek to reach and lash out any way they can,” Steinbach said. “From my perspective, as we have success on the ground in Syria and Iraq we may see a more dangerous world in the short-term.”

Alberto Fernandez of the Middle East Media Research Institute, a former coordinator for Strategic Counterterrorism Communications at the State Department, said Americans face larger problems than just blocking bad messages from spreading. The U.S. is severely behind the game, he warned, and the ISIS narrative looms long after it goes live on the internet: “The ISIS brand, to a large extent, has been internalized and metastasized.”

During the hearing, Fernandez told the subcommittee ISIS uploaded a new 15-minute, high-quality propaganda film while lawmakers were listening to testimony. ISIS even announced the new video on social media hours beforehand, and no one was able to stop them.

“Despite the pressure we put on them, despite the fact that we take stuff down quickly, they are able to surge and get their message out at will, when and where they want,” Fernandez said.