Jazz: A Theology of Different Tones

By Brian Nixon
SANTA FE, NEW MEXICO (ANS) — Like many kids growing up in the 1970’s and 1980’s, I was a product of popular music: rock, post-punk, genre-specific radio stations, LP records, and the onset of MTV helped shape my musical sensibilities. Yet, I was blessed in that I had the influence of my parents, both singers, delving into art music such as opera, high church music, and light classical. 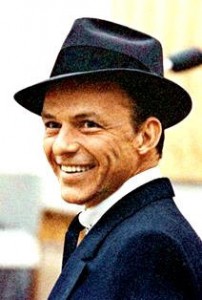 In high school, I was one of those library rats that went weekly to browse the bookshelves and record bins to find new sounds and literary voices I could relate. The library was free, and freeing, a time to discover new worlds. A friend of mine-Yogi Lonich, a guitar player-had started to listen to some jazz, mentioning a few players here and there. As was my practice, I’d go to the library to discover people I found interesting, making them my own.One stream of music that didn’t enter in my consciousness-on a serious level at least-was jazz. Oh, sure, I knew about the genre of jazz. I even knew Louis Armstrong and the pioneers of pop jazz: Herb Albert and Chuck Mangione. And even the old crooning stalwarts that infused jazz in their music: Frank Sinatra, Bing Crosby, and the like. But, sadly, the larger idiom of jazz remained a foreign language.

I found an album that had odd art on it (I also happened to be into art at the time). In what appeared to be a mannequin in front of a chalkboard with a city behind it, the artwork caught my attention. I checked the record out. And that’s when a bearded man, with sunglasses and a cool hat, first caught my attention. The album was “Misterioso,” the performer, Thelonious Monk. I’ve been an admirer ever since. 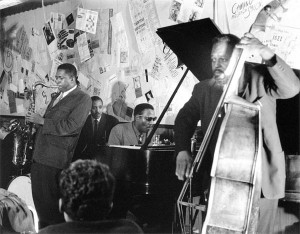 Later in college, as part of my undergraduate emphasis in music history, I studied the history of jazz. Here I became a fan of many composers and players: Charles Mingus, John Coltrane, Eric Dolphy, and Dave Brubeck, being among my favorite. Ever since, I’ve continued to keep one ear towards the world of Jazz, finding new favorites and keeping the flame burning of those long since passed.

Imagine my surprise-and much of the United States-when a young jazz vocalist and bassist, Esperanza Spalding, took home the Grammy for best new artist in 2011-the first jazz musician to do so. Some people cried foul: didn’t Justin Bieber deserve it, they asked? The answer was, and still is, no.

To my disappointment, I hadn’t heard of Esperanza. I immediately went to the record store the next day and picked up her third recording, “Chamber Music Society.” It was-and is-a brilliant recording, well deserving of the accolades bestowed upon it. I then asked myself, “Who is this young woman? And where did she come from?” A quick Internet search led me to her upbringing in Oregon, her inspiration to play from seeing Yo Yo Ma on the Mister Rogers Show, her education, and her meteoric rise to fame, leading to the Grammy. 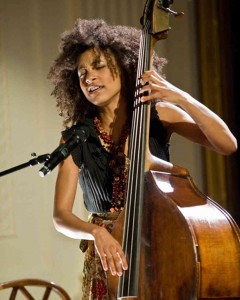 The concert was wonderful. Each musician, top-notch players in their own right-performing with grace, power, and great skill-provided sublime interpretations of compositions by Eric Dolphy, Wayne Shorter, and others. But the center of attention was Eperanza. Her small frame next to the large bass, her attack of the instrument, and the quality of her voice offered the sumptuousness the concert required. The sold out crowd was not disappointed in any of the performances, but seemed to take great delight in the woman standing in the middle of the stage.Recently, I got the chance to see Esperanza live in Santa Fe, New Mexico as part of a trio that consisted of pianist, Geri Allen, and drummer, Terri Carrington. I didn’t hesitate to take in the sounds of her fearless fingers in the City Different.

So what is it about jazz that is intriguing, particularly from a Christian standpoint? What makes jazz an art form of beauty and cerebral gymnastics, pointing to the intricate nature of God? These are hard questions to answer. Many have written about the theology, influence, and ideology found within Jazz. For someone who’s given great thought to the topic, view Robert Gelinas’ website: http://www.jazztheologian.typepad.com/ or read the Christianity today article about his work: http://www.christianitytoday.com/ct/2010/august/22.64.html. Or there’s always Jamie Howison’s book on John Coltrane called, “God’s Mind in that Music.”

What’s interesting to note is that many Christians have taken a keen interest in Jazz, a once taboo form of music for the church. Even many of the composers, be it Duke Ellington, Dave Brubeck, John Coltrane, Thelonious Monk, Eric Dolphy, or Wynton Marsalis, have integrated Christian themes within their music.

Beyond the writers, students, teachers and composers of the genre, theologians, too, are-and were-fans of the music.

Anabaptist theologian, James McClendon writes, “It is jazz with its partner the blues that constitutes a distinctly American music, thereby offering American culture (and increasingly, world culture) a fresh art.” McClendon goes on to write that there are several features of Jazz that correspond to African American free-church life. These include participation, cooperation, recognition, and inclusion. McClendon summarizes the interchange of jazz and worship as, “Participation, improvisation, cooperation, recognition, inclusion-these are the requirements for Christian worship of the sort commended by Paul in I Corinthians 14.”

In a lecture entitled, “The Spirit in Creative Expression,” noted theologian, RC Sproul talks about seeing Thelonious Monk in concert. He says, “What I noticed immediately was that this man was dressed in blue jeans, a faded sweatshirt, he had a cigarette hanging out of his mouth, sunglasses on, this is now one o’clock in the morning, and a black wooly Russian Cossack hat. Thelonious Monk came on the stage, and it was like he was spaced out. He didn’t know where he was. He walked over and straddled the piano bench sideways and sort of casually leaned over, and started to plink the keyboard, one note, with one finger. Plink, plink. He was all over the place with this one finger making sounds that sounded awful. Then he turned around, sort of, on the bench, and added the left hand, and started playing what I called Venusian music: music from Venus. It was not of this world. The music was dissonant. It sounded like nothing I’d ever heard before. And then as the sounds he made got further and further and further out, it became appar ent that there was some kind of proportionality, some kind of harmonic relationship going on that was mathematically consistent, and that where most jazz players were playing 9ths and 13ths, Monk was out in 31sts and 43rds. And somehow, he resolved it. Out of the discord came a final harmony. I thought: I have been in the presence here of a genius.”

For Sproul, jazz-like other forms of music and art-produces genius, even if it goes beyond the realm of current musical language and understanding. In this, jazz offers a picture of common grace: God working in and through people with his truth, beauty, and goodness, a reflection of God’s creative self.

I love that picture. The author of “Knowing God”-a practical handbook on the attributes of God-is sitting around listening to Jelly Roll Morton. Yet, again, it shows that great theological minds do correlate jazz to deeper, Biblical truths, particularly as it relates to the mystery, freedom, and the creative acts of God, a call and response between the Creator and His creation.

Dutch theologian and historian, Hans Rookmaaker, asks a question concerning the importance of jazz: “Why did we [the church] reject.jazz years ago, without ever bothering to listen and ask ourselves whether it might help rejuvenate Christian music?”

Rookmaaker wonders how-and why-the church neglected a form of music that has inherent signposts of beauty and craftsmanship, potential and particular offerings to-and from-the Body of Christ? Must the church always remain stodgy he seems to insinuate? 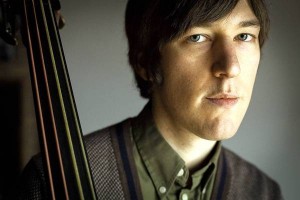 Jazz, like other art expressions, offers a theology of differing tones, a language of sophisticated splendor and complexity; a source of varied contemplation. Jazz is music the church should take greater notice, giving audience and emphasis to its musical-theologians, those that play with great skill, humanity, and inspiration, a gift given to them by the Master of Creativity.As I sit listening to a new jazz release, Matt Ulery’s “Wake an Echo,” I can’t help but think that Jazz gives clarity and depth to the Christian life, providing a means of expression found uniquely in its form and artistry.