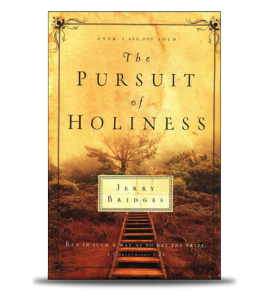 (WNS)–Author Jerry Bridges died Mar. 6 after suffering a heart attack the previous morning in Colorado Springs, Colo. He was 86. The hospital staff placed him on life support until his children said their final goodbyes, according to an obituary posted at The Gospel Coalition.

Bridges was known for writing books encouraging readers to pursue holiness and a gospel-centered life. His direct and simple style conveyed truth to thousands.

“There was nothing flashy about Jerry Bridges. He was a humble and unassuming man—strong in spirit, if not in voice or frame,” wrote Justin Taylor, vice president of book publishing at Crossway. “Now we can rejoice with him in his full and final healing as he beholds his beloved Savior face to face.”

Bridges was raised in a Christian home but didn’t accept Jesus until he was an 18-year-old college student. He spent two years in the Navy after college, serving as an officer during the Korean War. Three years after receiving a medical discharge for hearing loss in his right ear, Bridges began working as an administrative assistant for The Navigators.

After serving with the organization for 10 years, Bridges resolved to work for The Navigators for the rest of his life. During his more than 50-year ministry, he worked as administrative assistant, office manager, secretary-treasurer, vice president for corporate affairs, and finally in staff development with the Collegiate Mission.

Bridges married Eleanor Miller in 1963. Together they had two children: Kathy in 1966 and Dan in 1967. Eleanor died in 1988 from non-Hodgkin’s lymphoma, only three weeks after the couple’s 25th wedding anniversary. Bridges married Jane Mallot, a longtime family friend, in 1989.

In 1978, NavPress published Bridges’ first book: The Pursuit of Holiness. More than 1 million copies of the book have sold since then. Bridges continued to write, producing more than 20 books throughout his life. In addition to The Pursuit of Holiness,his most popular works include The Practice of Godliness, The Discipline of Grace, and Respectable Sins.

In all his works, Bridges preached the centrality of the gospel to a Christian’s life. “If you are not firmly rooted in the gospel and have not learned to preach it to yourself every day, you will soon become discouraged and slack off in your pursuit of holiness,” he wrote in The Discipline of Grace.

Bridges’ works heavily influenced Tim Challies’ own Christian walk, the pastor and blogger wrote in a tribute to Bridges. After meeting Bridges at a conference, Challies called him “the real deal.”

“Bridges immediately struck me as a man who had committed himself to godliness and who had pursued it for a long, long time,” Challies wrote. “He was a man who was known for his holiness, for his godliness, for his desire to teach others what the Lord had taught him. He was a gift to the church.”