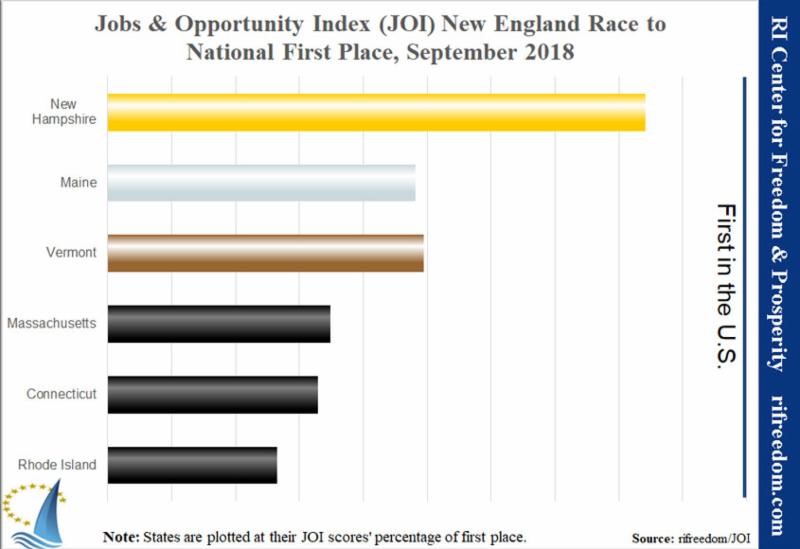 And Back Down Again

Providence, RI – Rhode Island’s employment and jobs had another soft month in September, raising concerns that the recovery is already cooling.  The number of Rhode Islanders who say they are working increased slightly, but the number of jobs available in the state was stagnant, and several hundred Rhode Islanders stopped looking for work.  These factors and a not-quite-good-enough increase in personal income led the Ocean State to slip back down to 47th place on the Rhode Island Center for Freedom & Prosperity’s Jobs & Opportunity Index (JOI).

Overall, six of the 12 datapoints of the index changed for this iteration. Medicaid enrollment increased, which counts as a negative, while personal income did see middle-of-the-pack growth, from a national perspective.

“The picture forms slowly when you look at the numbers every month,” said the Center’s research director, Justin Katz, “but it is becoming harder and harder not to conclude that the way the Ocean State’s government operates is harming our ability to take advantage of a healthy national economy.”

Rhode Island remains stuck in a rut compared with its New England neighbors.

Additional charts and details of each of JOI’s three sub-factors can be viewed here.