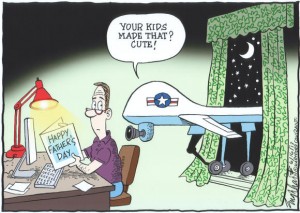 The Flesh is Weak

A large company, feeling it was time for a shakeup, hired a new CEO. This new boss was determined to rid the company of all slackers. On a tour of the facilities, the CEO noticed a guy leaning on a wall. The room was full of workers and he wanted to let them know that he meant business! The new CEO walked up to the guy leaning against the wall and asked, “How much money do you make a week?” A little surprised, the young fellow looked at him and replied, “I make $300 a week. Why?” The CEO then handed the guy $1,200 in cash and screamed, “Here’s four weeks’ pay, now GET OUT and don’t come back.”  Feeling pretty good about himself, the CEO looked around the room and asked, “Does anyone want to tell me what that goof-off did here?” From across the room came a voice, “Pizza delivery guy from Domino’s.”

Man looks at the outward appearance…

Have you been guilty of looking at others your own age and thinking, “Surely I cannot look that old?” Well, I was sitting in the waiting room for my first appointment with a new dentist. I noticed his DDS diploma, which bore his full name. Suddenly, I remembered that a tall, handsome, dark-haired boy with the same name had been in my high school class some 40-odd years ago. Could he be the same guy that I had a secret crush on, way back then?

Upon seeing him, however, I quickly discarded any such thought. This balding, gray-haired man with the deeply lined face was way, way too old to have been my classmate…or could he? After he examined my teeth, I asked him if he had attended Morgan Park High School. “Yes. Yes. I did…I’m a Morgan Mustang,” he gleamed with pride.

He looked at me closely…and that ugly, old, wrinkled jerk asked, “What did you teach?”

Little Johnny wasn’t getting good marks in school. One day he confided in his teacher: “I don’t want to scare you, but my daddy says if I don’t get better grades, somebody is going to get a spanking.”

And the number one complaint made by a biblical mother or wife is:

Read All About It!

The editor of a small country newspaper, furious over several government bills that had recently been passed, printed a scathing editorial with an enormous headline: “HALF THE LEGISLATORS ARE CROOKS.”

Many local politicians were outraged and exerted tremendous pressure on him to print a retraction. He finally gave in to the pressure and ran his apology with the headline: “HALF THE LEGISLATORS ARE NOT CROOKS.”

A land surveyor was tasked with mapping a golf course that was expanding from 9 holes to 18 holes.  He needed a stout machete to clear thick brush as he went.  Along the way, he came upon a golf club that an irate player must have hurled into the woods.  It was in good condition, so he picked it up and continued on.

When he broke out of the brush onto a putting green, two golfers stared at him in awe. After all, he had a machete in one hand, a golf club in the other, and behind him was a clear-cut swath leading out of the woods!

“There,” said one of the golfers, “is a guy who really hates to lose a ball!”

A large number of forest animals were watching two skunks having a knock-down, drag-out argument one day.

The argument was pretty even, so they each turned their backs on the other and let go with their odor.

An old bear standing on the side said, I guess they decided they should get their two scents worth in.

THINGS A CAT THINKS ABOUT

~ I could have sworn I heard the can opener.  ~ Is there something I’m not getting when humans make noise with their mouths?  ~ Hmmm… If dogs serve humans, and humans serve cats, why can’t we cats ever get the stupid dogs to do anything for us? ~ This looks like a good spot for a nap.  ~ Hey — no kidding, I’m sure that’s the can opener.

~ Would humans have built a civilization on their own if cats hadn’t given them a reason to invent sofas and can openers in the first place?  ~ If that really was the can opener, I’ll play finicky just to let them know who’s boss.

This guy goes into a doctor’s office. The doctor says, “Oh, Mr. Jones! We have the results of your test. Do you want the bad news first or the very bad news?” The guy shrugs and says, “Well, I guess I’ll have the bad news first.”

“Well the bad news is, you have 24 hours to live,” the doctor replies. The man is distraught, “24 hours to live?! That’s horrible! What could be worse than that? What’s the VERY bad news?” The doctor folds his hands and sighs, “The very bad news is…I’ve been trying to contact you since yesterday.”

The trouble with the rat race is even if you win, you’re still a rat. ~ To err is human; to admit it, superhuman.

~ If a grizzly bear had no teeth, would you call it a gummy bear? ~ I started reading a book about anti-gravity and now I can’t put it down. ~ Cheese that doesn’t belong to you is nacho cheese. ~ Dear Algebra, Please stop asking us to find your X. ~ I’m starting meetings at my house for people who have OCD. I don’t have it, I’m just hoping they’ll take one look and start cleaning.  ~ The young want to change the world. The old want to change the young. ~ If evolution is true, why do mothers still only have one pair of hands ~ A burglar who fell into wet concrete became a hardened criminal ~ A cowboy adopted a dachshund so he could get a long little doggie ~ Measure your wealth not by the things you have, but by the things you have for which you would not take money. ~ There is no revenge so complete as forgiveness.

Sick Of Looking At Them