(WNS)–The Kenyan government is cracking down on churches in the country, using two high-profile incidents of misconduct to help justify the new regulations.

In mid-August, Deputy President William Ruto said the government will tighten regulations on the registration of religious organizations and their leaders in an attempt to tame rogue pastors. Speaking during a conference for Full Gospel Churches of Kenya in Embu, central Kenya, Ruto said he regretted the church had been invaded by unscrupulous preachers who were defrauding gullible followers.

But the latest incidents involving preacher misconduct have nothing to do with church-related activities. 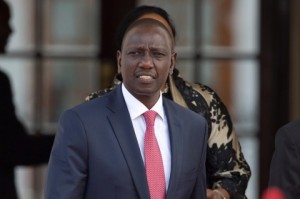 On Aug. 12, police arrested James Ng’ang’a of Neno Evangelism Centre following an accident in July that killed one woman and left her husband seriously injured. Ng’ang’a was charged with attempting to defeat justice and giving false information to government officers in an attempt to cover up the accident. Officials also charged two police officers who declined to investigate the case and another man who claimed he was behind the wheel, not Ng’ang’a, when the accident happened.

This comes in the wake of reports that another preacher, Thomas Wahome of Helicopter of Christ Ministries, killed a pedestrian a few months ago and instead of going to police, paid the family not to report the incident. Investigators allege Wahome struck and killed Godfrey Mwaniki while driving in Nyeri County in June. Mwaniki died instantly. Although police investigated the case, they dropped it at the request of the victim’s family, who met with Wahome several days after the accident. But officials say the police should not have let the family’s wishes influence their decision about whether to pursue a case in which someone died.

These two high-profile cases have cast a spotlight on preachers in Kenya, painted the church in a bad light, and given the government an excuse to move forward with stringent rules opposed by churches across the country.

The new rules, announced earlier this year, would require pastors, rabbis, imams, and other religious leaders to obtain certificates of good conduct from the police and clearance from the Ethics and Anti-Corruption Commission. Religious leaders opposed the move and asked for more consultations with government officials.

The government claims the regulations will help stem the rise of unscrupulous churches and church leaders who are using their influence to take advantage of vulnerable members of society.