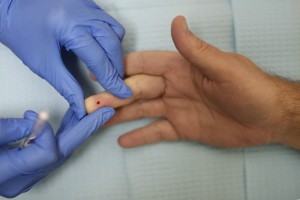 Liberal Democrats are determined to use their political power to force through legislation all in the name of “tolerance”, even if it could cost someone their life.

But their latest stunt is so outrageous, they have literally endangered the lives of innocent people, all in the name of “tolerance”, and they don’t seem to care. In fact, they have just allowed people infected with HIV to have the power to knowingly spread HIV, and not be punished for it.

In California, the former law stated if a person who had HIV knowingly exposed their partner to HIV, without informing their partner they were infected, it would be classified as a felony. And rightfully so, as people still die from this disease.

But California Democrats were determined to lessen the charge, claiming the law was “archaic”, and discriminatory. And now, HIV positive people can knowingly sleep around and pass on HIV, and the crime has been docked to a simple misdemeanor. This means a person can knowingly expose another to HIV, and not suffer any major consequences.

The Daily Wire reported: “Today California took a major step toward treating HIV as a public health issue, instead of treating people living with HIV as criminals,” said Democratic state Sen. Scott Wiener. “HIV should be treated like all other serious infectious diseases, and that’s what SB 239 does.”

Although people still die from AIDS, exposing people to HIV without their knowledge or consent was justified because “modern medicine allows those with HIV to live longer lives and nearly eliminates the possibility of transmission,” per Weiner and Democratic Assemblyman Todd Gloria.”

Liberals roll their eyes at the fact people are knowingly infecting people with HIV. But they are. There are people who actually go out into the world, with the sick intent to spread HIV to as many people as possible.

Breitbart reported: “In 2011, a 51-year-old HIV-positive man who said he had intentionally infected “thousands” of partners turned himself into Michigan police. “He hits drifters,” testified one of David Dean Smith’s alleged female victims. “He hits people who are young. He hits young women, and from what I understand, he hits men, too. Those are his targets.” A detective investigating the case said that Smith “intentionally attempted to spread the disease to kill people.”

And thanks to California politicians, these individuals now have the backing of the law. Sound insane? It gets worse. Here’s the part that’s even more dangerous — even if one does not live a sexually active lifestyle, they are still in danger. This radical piece of legislation even expands to individuals donating blood. Yes, a person who knows they are HIV positive can donate blood, and only face a misdemeanor instead of a felony.

Liberals often live a lifestyle that makes conservatives cringe. From advocating the LGBT lifestyle to promoting pro-choice legislation. And now with their latest stunt, they are practically encouraging HIV positive people to be secretive and spread the disease even further.

While liberal groups like Planned Parenthood cheer on the legislation, innocent Americans are forced to suffer, all in the name of faux “tolerance.”