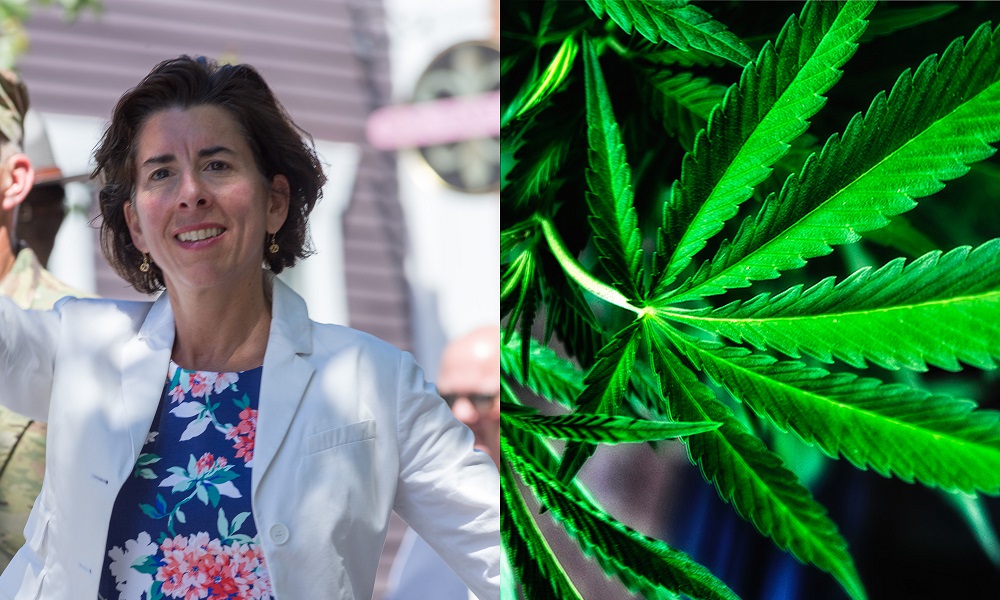 As we enter the New Year It seems sure that ‘Recreational Marijuana’ will be legalized. Tara Granahan talked about it on her talk show recently and Governor Ramundo is already being asked what she will do ‘when’ that legislation inevitably crosses her desk.  During the recent Gubernatorial Debates each candidate weighed in on the subject.  I was surprised that Governor Ramundo’s response was the only one that I really identified with. She rightfully expressed concern over the effect it would have on families and especially the youth of RI.  As a pastor, father and grandfather, the effect on families would have been my first concern. I was a teenager in the 60’s and well remember the effect ‘weed’ had on me, my family and my whole generation.

As bad as the opioid epidemic is, Dr. Randall says the new marijuana is worse because of the long-term unpredictable effects. Some synthetic cannabinoids are marketed as safe or legal alternatives to grown marijuana, but they affect the brain and endanger people even more. Are we not already experiencing rising suicide rates among teens; and some research shows that the young adult population may be affected most.

A recent article in Influence Magazine highlighted a study by Duke University in 2015.  The study showed that people who started smoking marijuana heavily in their teens and had an ongoing marijuana disorder (addiction) lost an average of 8 IQ points from age 13 to 38!  Do we really want that for our RI youth? Two other independent studies have shown that 9 – 30% of those who use it will develop a disorder (addiction).  For the 30+ years that I have worked with teens, pot has always been considered the ‘gateway’ to heavy drug usage and addiction.

Invariably, the reason for legalizing marijuana ends up being money.  The same Dr. Randall notes that “marijuana advocates have said legalizing recreational marijuana would have positive economic effects, and it’s true that Colorado’s GDP has expanded by 1% because of revenue from legal marijuana sales” but she also notes that, “the revenue doesn’t begin to pay the bill for the resulting social toll.”

When I first wrote this, the Governor was reluctant to support ‘legalization’ but since than she has come out saying that she would support it.  The reason: Everybody else around us is doing it and if RI legalizes it then we can regulate it… Let’s see how that works for us.

With all of the progressives who were elected in November we don’t have to be prophets to see that the coming year is going to be ripe with Anti-Faith & Anti-Family legislation, including Marijuana, Extreme Abortion bills, new Transgender Laws and Planned Parenthoods Sex-Education being pushed in the schools.

I am encouraged, however, because God isn’t intimidated by super majorities and He delights to show himself strong on our behalf.  My mom had a favorite scripture passage and it’s great to keep in mind for 2019…

Proverbs 3:5-6 Trust in the LORD with all your heart; do not depend on your own understanding.
Seek his will in all you do, and he will show you which path to take.

May God bless Rhode Island and Massachusetts in the coming New Year with ‘HEALTH’, ‘HAPPINESS’ and ‘SPIRITUAL VICTORIES!’