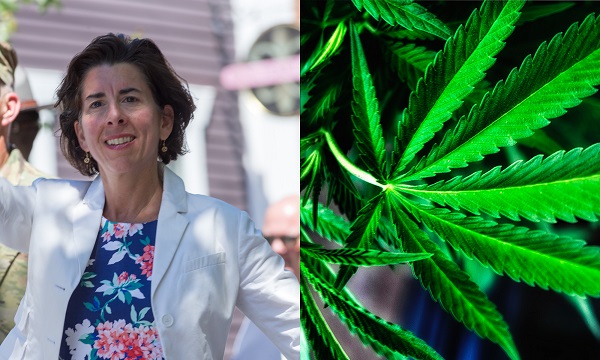 A New Year is just around the corner and one of the questions RI’ers will be facing is whether or not ‘Recreational Marijuana’ will be legalized. Tara Granahan talked about it on her talk show recently and Governor Ramundo is already being asked what she will do ‘when’ that legislation inevitably crosses her desk.  During the recent Gubernatorial Debates each candidate weighed in on the subject.  I was surprised that Governor Ramundo’s response was the only one that I really identified with. She rightfully expressed concern over the effect it would have on families and especially the youth of RI.  As a pastor, father and grandfather, the effect on families would have been my first concern. I was a teenager in the 60’s and well remember the effect ‘weed’ had on me and my whole generation.

As bad as the opioid epidemic is, Dr. Randall says the new marijuana is worse because of the long-term unpredictable effects. Some synthetic cannabinoids are marketed as safe or legal alternatives to grown marijuana, but they affect the brain and endanger people even more. Are we not already experiencing rising suicide rates among teens, and some research shows that the young adult population may be affected most.

A recent article in Influence Magazine highlighted a study by Duke University in 2015.  The study showed that people who started smoking marijuana heavily in their teens and had an ongoing marijuana disorder (addiction) lost an average of 8 IQ points from age 13 to 38! Do we really want that for our RI youth? Two other independent studies have shown that 9 – 30% of those who use it will develop a disorder (addiction).  For the 30+ years that I have worked with teens, Pot has always been considered the ‘gateway’ to heavy drug usage and addiction.

Invariably, the reason for legalizing marijuana ends up being money.  The same Dr. Randall notes that “marijuana advocates have said legalizing recreational marijuana would have positive economic effects, and it’s true that Colorado’s GDP has expanded by 1% because of revenue from legal marijuana sales” but she also notes that, “the revenue doesn’t begin to pay the bill for the resulting social toll.

I commend the Governor for putting the well-being of RI families and youth in particular above the (supposed) monetary benefits of legalizing ‘Recreational Marijuana.’  At the same time, I recognize that she will need a lot of encouragement and support if she is going to follow through and veto the legislation when it crosses her desk.

May God bless Rhode Island in the coming New Year with ‘HEALTH’ and ‘HAPPINESS.’