One thing I have learned in my political campaigns is how and why the Democrats enslave the poor as cash-cows and keep them permanently dependent on government. It’s simple. Each dependent represents an income stream to state coffers from the federal treasury. Dem leaders and activists (and their RINO co-conspirators) … 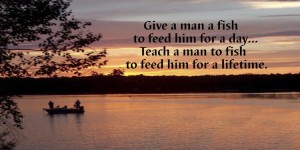 1) Pose as champions of the poor and needy,

2) Demand money to “care” for them; money which they themselves control,

3) Spend as little as possible on the poor and needy, but

4) Spend the bulk of the money to create and perpetually expand an army of socialist-voting government employees, organized in public employee unions, paid off through exorbitant pension and benefit packages which are often unfunded but nevertheless legally binding obligations on tax-payers.

This is the secret of Democratic political control of virtually every large urban center in America. It was organized by President Lyndon Johnson in his “Great Society” programs of the 1960s while the public was distracted by the Vietnam War. Previously, as “Senator” Johnson, this devious man was the author of the notorious “Johnson Amendment” that purported to criminalize church involvement in politics (which most churches fear to defy). His close friend and ally, Supreme Court Justice Hugo Black (also a former Democrat senator), was the author of the 1947 SCOTUS opinion in Everson v Board of Education that converted the “Separation of Church and State” from a harmless descriptive metaphor into a binding legal mandate on government (the game-changing unconstitutional triumph of Humanism over Biblical Christianity in American constitutional law).

It was the corrupt intervention of Justice Black that put Johnson back on the 1948 general election ballot in Texas after he was removed by a federal judge for blatant voter fraud in the Democrat primary. Based on the 1977 confession of the election judge who covered up the fraud on behalf of Democrat leaders, Johnson’s 87-vote primary “win” over former Texas Governor Coke Stevenson relied upon a box of “lost” ballots suddenly discovered in the now infamous “Ballot Box 13” from Precinct 13 in Alice, Texas. The box held 202 ballots, many from dead people, all in alphabetical order, in the same handwriting and the same blue ink.

Corrupt Dem Justice Hugo Black reversed the lower court ruling upon the intervention of Washington attorney and Democrat operative Abe Fortas (who was later rewarded with his own seat on the Supreme Court). Black, Johnson and Fortas were all close allies of FDR (the Marxist who largely got a pass from the American people on his leftist agenda because he was President during WWII).

While the Johnson stranglehold strategy now seems unbreakable in political terms, it is susceptible to a very simple spiritual principle — the liberation of the poor through compassion and good works, reflected in the famous Jewish maxim about teaching a person to fish (rather than giving them a fish) thus empowering him to be self-sufficient for a lifetime rather than continuously dependent on others.

Each person we can break free from government dependency into self-sufficiency is a double win. We not only convert a receiver of tax-funded support into a productive tax-paying citizen (with all the blessings to the people themselves and to society that come from that change) but we also cut off a stream of government money into the coffers of the slave-master Dems (and RINOs).

Liberating the poor from government dependency has always been a goal of the inner-city church I founded in 2008 here in inner-city Springfield. Our primary emphasis is, of course, spiritual but the spiritual and the practical are often closely interwoven.

During this political off-season, as we head into the holidays and we remember the importance of our charitable traditions, I would like to ask you to consider supporting my election committee with a regular monthly donation as if the Committee to Elect Scott Lively were a religious charity — because in a very real sense it is. Working to liberate the poor is what I do in my non-political life — and as time goes on, you can be certain I will pursue this very same goal in the public policy arena.

As self-serving Charlie Baker and his leftist cronies in government and the private sector perpetuate the enslavement of the poor to a government dependency system that keeps the “Purple Uniparty” in power, I will be working to advance true conservative principles such as liberation through entrepreneurialism and to build a diverse, family-centered network of Massachusetts voters who share this goal.

Your Continuing Partner in the Conservative Cause,