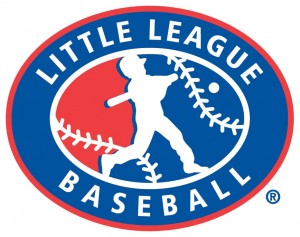 JACKSON, Tenn. (BP)–Bill Veeck once said “There are only two seasons—winter and Baseball,” and around our house, it’s baseball season. Little League offers up a beautiful world of dirty uniforms, knee-high socks, sweaty baseball caps, hard-hit grounders, high pop-flys, salty sunflower seeds, parents on lawn chairs, late nights under the lights and so much more.

In the mornings, we wake up thinking about the evening’s game. All day long, we look forward to the game. After work, I come home and quickly eat a bite of supper while we all get ready to head out to the ballpark. Following the game, we relive each inning before we go to bed. While Andy Williams used to sing that Christmas is the most wonderful time of the year, many of us think that summertime baseball season is a close second!

There’s something about a baseball diamond full of 9- and 10-year-olds. The cares and worries of adult life are blissfully eclipsed when the man in blue behind the plate yells “Play ball!” each night. George Will must have been on to something when he said, “Baseball is Heaven’s gift to mortals.” Divine or not, there is something about the game that, for nine innings makes me feel that all is well in the world. Chevrolet said it well almost 40 years ago—baseball, hotdogs and apple pie are about as American as you can get.

For me, playing baseball as a kid was a lot of fun, but nothing beats the joy of watching your son enjoy the game. Yes, there are always nail-biting moments for a parent. Earl Wilson said that a baseball game is “simply a nervous breakdown divided into nine innings.” For us parents, this can be the case, if we let it be so.

Most of us have seen a dad or two who took his son’s Little League game “a little too seriously.” These kinds of dads may have been why Yogi Berra once quipped, “Little League baseball is a very good thing because it keeps the parents off the streets.” Yikes!

At our house, we are as competitive as the next guy. I’d rather win than lose any day, but when it comes to Little League baseball, winning isn’t the only thing I want for my son. A ball club can win games, but miss the mark when it comes to character-building, hard work, strategy and determination. If we rack up win after win, but do not have respect for others or have the respect of others, what have we won? 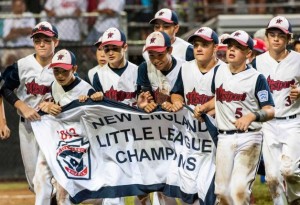 He certainly didn’t have baseball on his mind, but Jesus once said “For what will it profit a man if he gains the whole world and forfeits his soul?” (Matthew 16:26)

The legendary basketball coach, John Wooden was right—“Sports do not build character, they reveal it.”

If you want to see character on display, come out to the Little League baseball park this summer and see the developing character of the kids on the field . . . and keep your eye on the coaches and parents, too.