Once again, the completely illogical debacle concerning the world of vaccinations has surfaced.

By now, you know they’ve come under fire by those who are adamant that they do more harm than good. Countless people have developed irreversible health problems and even died shortly after receiving a vaccination, which the medical community chalks up to “coincidence” or cleverly crafted wording that a patient should have known about. 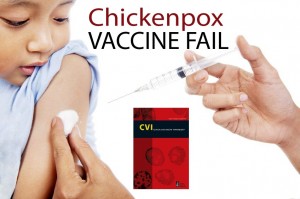 Take, for example, the young Florida girl who made headlines last year when she received the flu vaccine. Marysue Grivna, now 10 years old, experienced paralysis and vision loss within a few short days of receiving the shot. She was ultimately diagnosed with a debilitating brain disease called acute disseminated encephalomyelitis (ADEM). Today, she’s confined to a wheelchair or bed and is almost entirely nonverbal.

There’s also the disturbing discovery of elderly people who lived at a senior care facility in Georgia. After all received the flu shot in 2014, five of them died the next week.

Time and again, stories like this abound. Most recently, however, additional news comes from South Korea, where researchers have demonstrated what people have known in their heart to be true all along: that vaccinations not only are unhealthy but also aren’t effective. Surprise, surprise.

What spurred the researchers to engage in their studies in the first place was the fact that, despite the amount of people receiving chickenpox vaccinations, the rate of the illness in the nation hasn’t diminished. Instead, it’s increased. The question then becomes a matter of why something designed to keep an illness at bay is actually boosting its activity, creating the opposite of the desired (and often applauded) effect.

For example, the researchers note that, in 2005, varicella (chickenpox) vaccination was mandated in South Korea for infants between the ages of 12 and 15 months. Although there was 97 percent uptake by 2011, no decreases in the illness were found nationwide. The Korea Centers for Disease Control and Prevention (KCDC) has reported an increase of varicella patients; in 2006, there were 22.6 cases per 100,000, while in 2011, that number more than tripled to 71.6 cases per 100,000.

To better understand why the vaccine was failing, the research team conducted a case-based study, a case-control study and an immunogenicity and safety study. The latter study involved a total of 126 healthy children who were vaccinated with a single dose of Suduvax, which researchers discovered “may not be immunogenic enough to be effective in preventing varicella in South Korea.”

Chickenpox vaccination “has not been effective,” say researchers

The study, titled “Varicella and Varicella Vaccination in South Korea,” was published in the journal Clinical and Vaccine Immunology. The study acknowledges that the increase in varicella vaccinations is likely due to the fact that getting them is mandatory; however, the article addresses serious flaws in that cases have surged, not declined in spite of that. The study notes:

Although the increase in reported cases of varicella to KCDC may be due to the fact that mandatory varicella notification began in 2005, no decrease in the number of varicella patients does not harmonize with the fact that the varicella vaccine coverage increased to above 97% in 2011. Although it can be asserted that the annual number of cases of varicella might have been higher with greater morbidity in the prevaccine era, the high vaccine uptake, the lack of upward age shift in the peak incidence, and the high proportion of breakthrough disease, with almost no amelioration in disease presentation among vaccinated patients, strongly suggest that varicella vaccination has not been effective in preventing varicella in South Korea and is in great need of improvement.

Once again, their findings reinforce that vaccinations have done more in the way of sparking great debate, illness and death than they are actually controlling, or altogether ridding, certain diseases from the population.