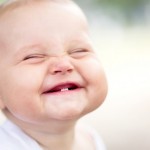 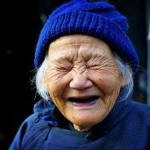 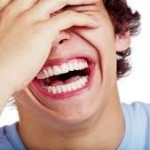 A little girl was watching her daddy repair his tractor. She asked her mother, “What happens to old tractors when they finally stop working?” Sighing, her mother answered: “Someone sells them to your father, dear.”

A man dies and goes to heaven. St. Peter meets him at the Pearly Gates and says, “Here’s how it works. You need 100 points to make it into heaven. You tell me all the good things you’ve done and I give you a certain number of points for each item, depending on how good it was. When you reach 100 points, you get in.”  “Okay,” the man says, “I was married to the same woman for 50 years and never cheated on her and loved her deep in my heart.” “That’s wonderful,” says St.Peter, “that’s worth two points.” “Two points!?” he says. “Well, I attended church all my life and supported its ministry with my tithe and service.” “Terrific!” says St.Peter. “That”s certainly worth a point.” “One point!?!! Well, I started a soup kitchen in my city and worked in a shelter for homeless veterans.”  “Fantastic, that”s good for two more points,” he says. “Two points!?!! Exasperated, the man cries, “At this rate the only way I’ll get into heaven is by the grace of God.”

The Man in the Pit

A man fell into a pit and couldn’t get himself out… ~ A subjective person came along and said, “I feel for you down there.” ~ An objective person walked by and said, “It’s logical that someone would fall down there.” ~ A Pharisee said, “Only bad people fall into pits.” ~ A mathematician calculated how deep the pit was.  ~ A news reporter wanted the exclusive story on the pit. ~ An IRS agent asked if he was paying taxes on the pit. ~ A self-pitying person said, “You haven’t seen anything until you’ve seen my pit.” ~ A fire-and-brimstone preacher said, “You deserve your pit.” ~ A psychologist noted, “Your mother and father are to blame for your being in that pit.” ~ A self-esteem therapist said, “Believe in yourself and you can get out of that pit.” ~ An optimist said, “Things could be worse.” ~ A pessimist claimed, “Things WILL get worse.”

Jesus, seeing the man, took him by the hand and lifted him out of the pit.

Let your yea be yea

A man who had been stranded on a deserted island for two years was at last found.  The media accompanied the rescue team, and when they arrived they saw that the man had built three huts. When asked what the huts represented, the man explained.  “Well, this hut is my home.  And that hut over there is where I go to church.”  The reporters seemed moved by the revelation that he had a place of worship. But then one asked, “What is that hut over there?” “That’s where I *used* to go to church!

Monday: It’s fun to cook for Tom. Today I made angel food cake. The recipe said beat 12 eggs separately. The neighbors were nice enough to loan me some extra bowls.

Tuesday: Tom wanted fruit salad for supper. The recipe said serve without dressing. So I didn’t dress. What a surprise when Tom brought a friend home for supper.

Wednesday: Today Tom asked for salad again so I tried a new recipe. It said prepare ingredients; lay on a bed of lettuce one hour before serving. Tom asked me why I was rolling around in the garden…

Thursday: I found an easy recipe for cookies. It said put the ingredients in a bowl and beat it. There must have been something wrong with this recipe. When I got back, everything was the same as when I left.

Friday: Tom did the shopping today and brought home a chicken. He asked me to dress it for Sunday. I don’t have any clothes that fit it, and for some reason Tom keeps counting to ten.

Saturday: Tom’s folks came to dinner. I wanted to serve roast but all I had was hamburger. Suddenly I had a flash of genius… I put the hamburger in the oven and set the controls for roast. It still came out hamburger, much to my disappointment.

Sunday: This has been a very exciting week! I am eager for tomorrow to come so I can try out a new recipe on Tom. If I can talk Tom into buying a bigger oven, I would like to surprise him with a chocolate moose.

It’s easy to identify people who can’t count to ten. They are in front of you in the express lane at the supermarket.

A man in a hurry, taking his 8-year-old son to school, made a turn at a red light where it was prohibited.